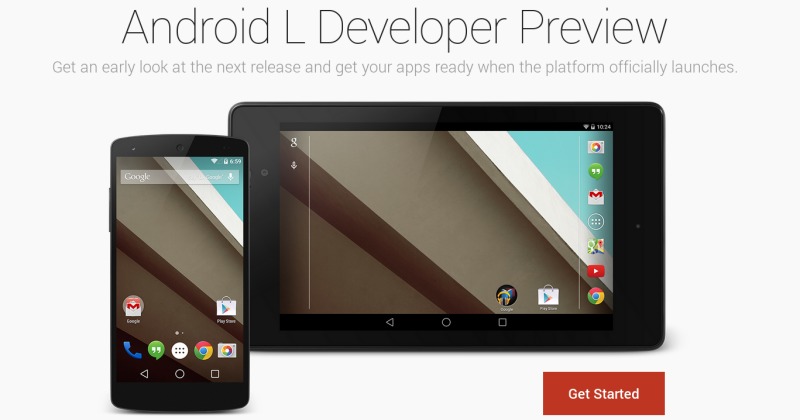 As promised, Google has let out the Developer Preview of the next version of Android, still dubbed as “Android L“, for programmers, enthusiasts, and curious cats to play with. This preview includes both the SDK tools and emulator images for testing Android L on your desktop as well as actual system images you can install, with great care, on a Nexus 5 or 7.

For developers, or those who are extremely curious but don’t have the two mentioned Nexus devices, the SDK route is the only option to go for a first-hand look at Android L. If you’ve already got an Android environment set up, it’s as easy as going to the Android SDK Manager and installing the necessary stuff for API level 20. There are 2 images available, one for Android targets and one for x86 machines, though whatever you choose doesn’t depend on the computer you are using but on what you’re developing for. If you don’t have the SDK yet, you’ll have to follow the rather involved process of downloading stuff like Java, Eclipse, and the Android SDK itself.

For the more adventurous people in the crowd that have their hands on a Nexus 5 or Nexus 7 2013 (WiFi-only), there is an option to get Android L installed direct to the metal. Google is providing system images for these to download and flash on the devices. You still need to have the Android SDK installed as the process will use ADB (Android Debug Bridge) to flash the images. Do note that these are developer previews and not stable releases. Proceed at your own risk. If you do decide to revert to a more reliable version, simply download the proper factory image and binary drivers and flash them as well.

Google is also taking the opportunity to announce the beta release of Android Studio. This IDE or Integrated Development Environment will soon replace the multi-step process of installing the Android SDK on supported operating systems. So instead of downloading pieces one at a time, you’ll just need to get one package to install. Care to take Android L for a spin? If you do, let us know what you find, like, or dislike in this upcoming Android incarnation. 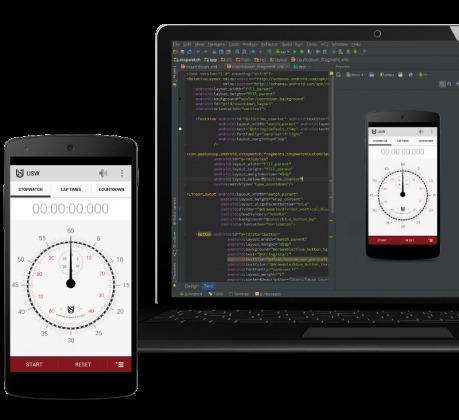