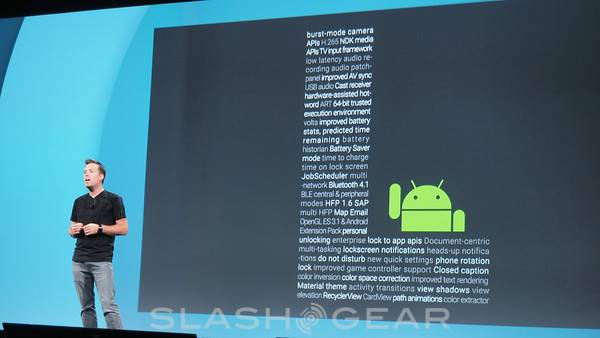 The hype around Android L – possibly the “nameless” new Android 5.0 version we will be getting later in the year – was quite palpable at Google I/O, especially when Sundar Pichai took to the stage to reveal the next generation for the Android OS. And while most of us who do not own a Nexus 5 or 7 will not be able to fully check out the test version of the OS, the good fellows at XDA have made available some of the news apps found within Android L.

XDA’a senior member “ivan123” has put out a list of apps extracted from the Android L test version which users can download and install (at their own risk, of course) for testing. According to the thread, the working apps include: Google Home, Google Now, Keyboard, Camera, Youtube, Play music, Playservices, Search, Sound search, Gmail, and Clock among others. Downloads are available at the source link.

Not working upon testing were Calculator, Chrome, Google Earth. There is also a system dump available, not quite a flashable system ZIP as the thread starter warns – but for developer types, very useful for getting to know this new Android OS version. At the very least though, the new ringtones, alarms, wallpapers, and fonts should be usable, allowing you to acquire some elements of the new look Android L.

What is Android L all about? For one, it will not be that big of a departure from Android 4.4 to be sure. There will be subtle changes and new features, but it will not be so far removed from what Android users are already used to today. In fact, Google is saying that it will be an improvement in experience. Head on to our analysis if you want to know all that you can about Android L.