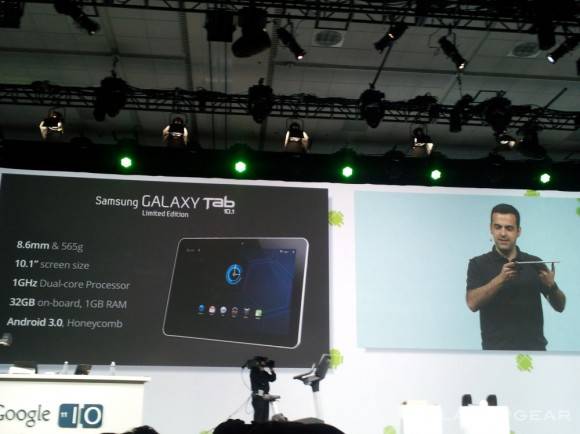 Whoa, if the audience at Google I/O was excited by all the huge announcements, it was nothing compared to the craziness that followed this. Everyone attending the conference got a device of some great significance. This is the big deal, the huge one that makes for the future of the platform, the device given out is the one that takes the cake for the rest of the year – so what is it? A Samsung Galaxy Tab 10.1, a fully functional one, for every single one of the 5,000 attendees of the conference. This tab will be running Android 3.0 Honeycomb. Update: We’ve got the tab, and have already had Vic Gundotra do an unboxing for us!

An absolutely crazy and wild 50 minutes, the most packed 50 minutes we’ve ever seen, and a keynote that’s never to be forgotten. Have a look at the rest of our coverage of the event as well as some analysis coming up post haste here on Android Community and over on our sister site SlashGear!