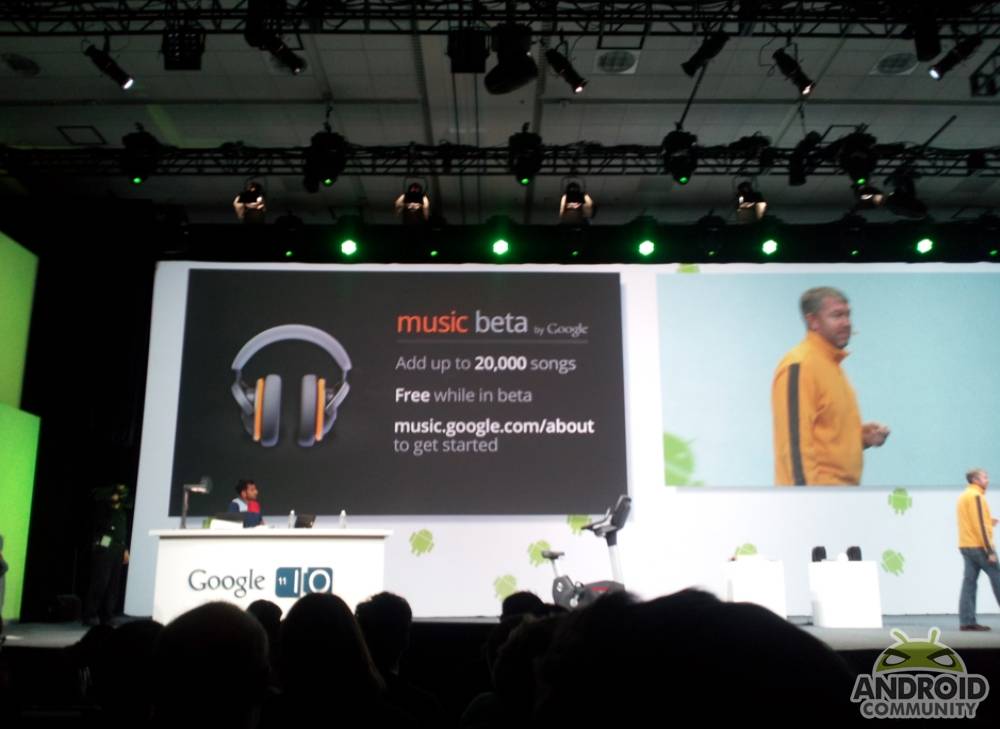 Music Manager was announced in addition to Music Manager, both of them extremely powerful music projects that’ll allow you to easily purchase and stream music to your Android devices, all of them, all at once. Playlists were announced, “instant mix” noted as a sort of “genius,” if I might be so bold, allowing you to have what appears to be a perfectly wonderful creation based on what works best together. Music Beta not the web is separate but equal to Music Beta on your tablet device. All of your local music will show up on your tablet as well as your online content streamed to your device instantly.

Playlists were pushed heavily, each of them showing up with lovely colors and instantly based on the Instant Mix feature. Caches of music just played can be played offline even if they’re not on your device, this same feature showing up for movies. This service will allow 20,000 songs to be held and – this is important – WHILE ITS IN BETA, it’s free. Android 2.2 and higher devices will be able to download the newer version of Music today from the app store.

NOTE: we’re currently in the process of getting access to this Beta and will be doing a full guide and review as soon as it’s available. What would you like to know? We’ll be fleshing out a full deep dive asap! Meanwhile stay tuned to Google I/O right here on Android Community via our bigtime portal right over here: IO 2011! Also meanwhile, download your device-based piece of this puzzle for free right over in your local Android Market.