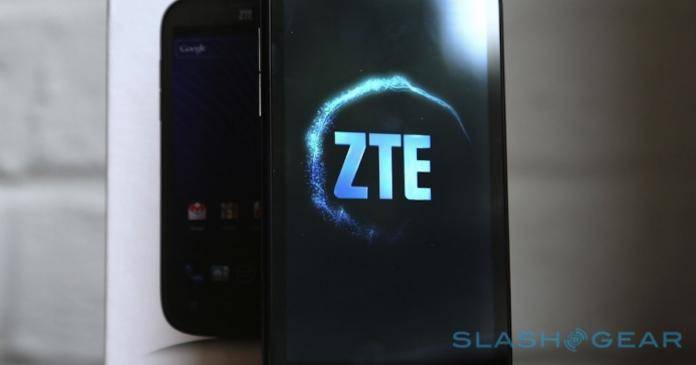 ZTE is definitely getting a second chance. Thanks to the White House, specifically the President Trump, for allowing ZTE to clean up its act. The President himself ordered the Commerce Department to help out ZTE. We’ve shared with you what happened so far and we can say it’s been one interesting journey for the Chinese OEM. You see, the company has been flourishing in the United States as the fourth biggest phone maker only to be sanctioned for lying to the US government for violating laws that must be followed in relation to transactions with North Korea and Iran.

The White House wanted to help the company clean up its act. The Commerce Department was ordered to help ZTE in sorting out the mess. ZTE was initially asked to cease operations of main business due to U.S sanctions. Both ZTE and Huawei devices were even banned from being marketed in US military bases.

We’re learning about a settlement that will cost ZTE $1.4 Billion. Secretary of Commerce Wilbur Ross announced this development in relation to ZTE’s ban. The amount is already the combined penalties and compliance measures that will replace the denial order imposed by the commerce department.

Secretary Ross shared this in a statement:

“Today, BIS is imposing the largest penalty it has ever levied and requiring that ZTE adopt unprecedented compliance measures. We will closely monitor ZTE’s behavior. If they commit any further violations, we would again be able to deny them access to U.S. technology as well as collect the additional $400 million in escrow. The first settlement with ZTE set a record for civil and criminal penalties in an export control case.”

To date, total penalties have already reached about $2.29 billion. The settlement’s purpose is to modify the behavior of ZTE. This becomes a precedent for making sure business comply with the laws set by the US government. The department has assigned compliance coordinators to work on the case and monitor if ZTE will still violate laws, at least, for the next ten years. They will simply monitor the compliance of the company with the U.S. export control laws.

The new agreement also requires ZTE to change their board of directors and senior leadership. The ban has been lifted but the agreement imposes a denial order that is suspended. It can be activated if there are additional and new violations.

Read the full agreement below:

“Under the new agreement, ZTE must pay $1 billion and place an additional $400 million in suspended penalty money in escrow before BIS will remove ZTE from the Denied Persons List. These penalties are in addition to the $892 million in penalties ZTE has already paid to the U.S government under the March 2017 settlement agreement.

ZTE will also be required by the new agreement to retain a team of special compliance coordinators selected by and answerable to BIS for a period of 10 years. Their function will be to monitor on a real-time basis ZTE’s compliance with U.S. export control laws. This is the first time BIS has achieved such stringent compliance measures in any case.

ZTE is also required under the new agreement to replace the entire board of directors and senior leadership for both entities. Finally, the new agreement once again imposes a denial order that is suspended, this time for 10 years, which BIS can activate in the event of additional violations during the ten-year probationary period. These collectively are the most severe penalty BIS has ever imposed on a company.” – US Department of Commerce, Office of the Secretary