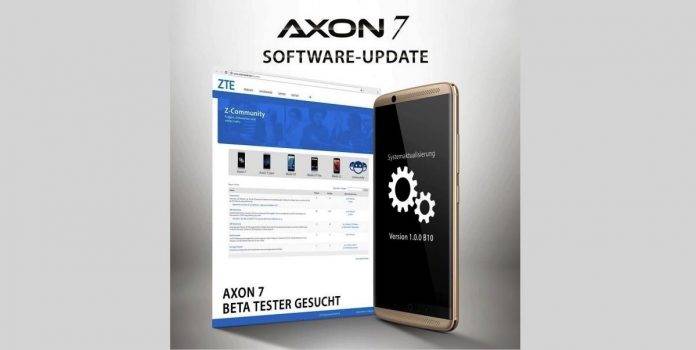 The Axon 7 is definitely ZTE USA’s bestseller from last year. It has gotten a follow-up in the form of the Axon 7S as another affordable flagship phone. There is no Axon 8 but the 7S is the Chinese OEM’s entry for this year. The old Axon 7 won’t be left behind though as a new software update is ready.

The company is not lax in releasing updates. In fact, it received the Android 7.1.1 Nougat OS update back in March ahead of most OEMs. That’s a month after the Android 7.0 rolled out so you know ZTE is serious in updating its devices. It was already delayed a bit but at least ZTE wants to catch up and make it up for the Axon 7 fans.

The latest software update is specifically the B25. It’s the latest build that incorporates a number of suggestions and feedback from the Axon community. This one adds support for 256GB microSD cards and enables the Night Mode setting. It also allows Axon 7 users to disable some of the stock apps that are not needed. The “Do Not Disturb” feature has been optimized already while those Wi-Fi Calling issues have been fixed as well.

As with any other software upgrades, this build also enhances device stability, security, and performance. Expect to receive an OTA notification anytime soon but make sure you remove the SD card before installing the software updates.