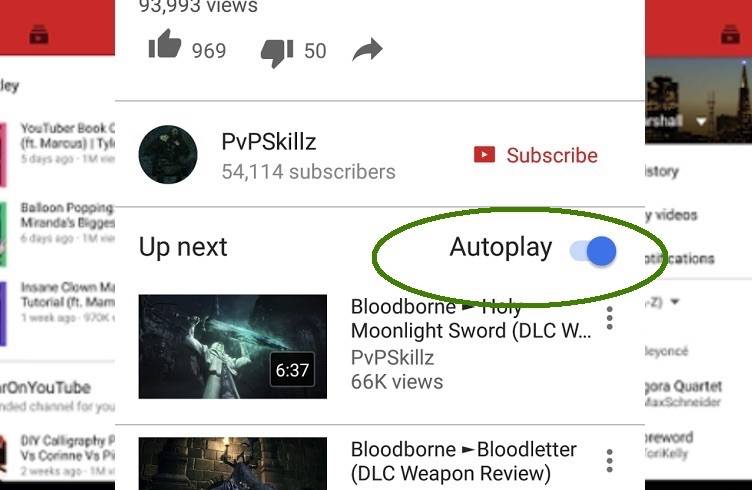 Google is busy rolling out a lot of updates lately. We’re guessing it’s because Google I/O is happening soon and that the search giant and Alphabet’s many divisions are busy preparing for their presentations and demos. Aside from the numerous app updates and those quiet releases, Google has been updating all versions of YouTube. For one, the web version was recently updated with a Material Design UI albeit as beta on select users.

Meanwhile, the app version was recently added with unskippable 6-second bumper ads, 360-degree video streaming and video-loading in the background. There were more recent updates but the latest one for the mobile app is something that will benefit the digital couch potatoes. If you’re the kind who spends hours in this rabbit hole called YouTube, you’re in luck because you will soon see the ‘Autoplay’ feature. It’s that blue/gray toggle switch you see on the web version.

I just updated the YouTube app and true enough, the Autoplay switch is there. By enabling the feature, you can watch related videos on YouTube non-stop. You don’t have to click  on the next video because the app will automatically play it for you.