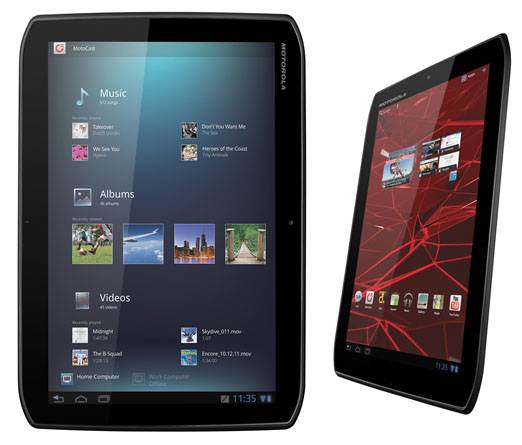 The much-leaked Motorola XOOM 2 and its little brother the XOOM 2 Media edition got an official UK unveiling today, and now the prices are coming as well. According to UK retailer Clove, the 10.1-inch XOOM 2 will be £325 and the Media Edition will be £299, both before a hefty value added tax. Both prices are for the Wifi editions.

What can we learn about US pricing from this information? That when the XOOM 2 and XOOM 2 Media Edition arrive, they’ll be competitive with current Android Honeycomb tablets in the same price range. Prices for consumer electronics in Europe in general are higher than they are here, and in the United Kingdom that’s even more true.

As far as hardware goes, both XOOM 2 models have upgraded to a 1.2Ghz dual-core OMAP processor, skipping the Nvidia Tegra 2, just like the recently-released ATRIX 2. There still isn’t a version of the Tegra 2 available with a clock speed of more than 1 gigahertz, so manufacturers may be waiting for the Tegra 3 before committing to more high-end hardware. The upcoming Asus Transformer Prime is expected to use the quad-core Tegra 3, and an official announcement from Asus is tentatively scheduled for November 9th.