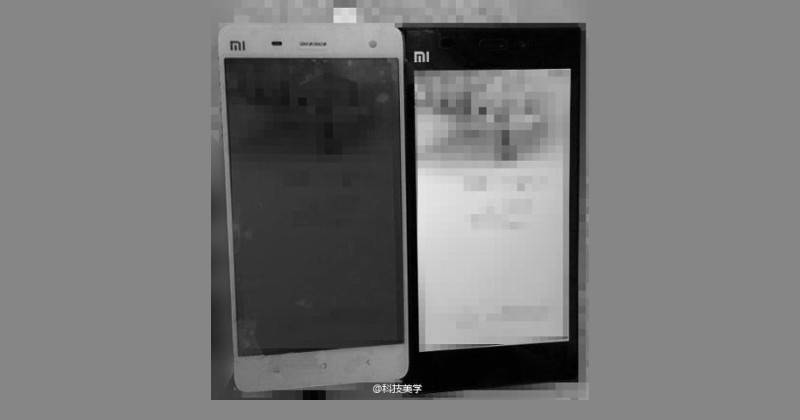 With its first tablet under its belt and a new US market in its sights, Xiaomi is gearing up for its next flagship, the Xiaomi Mi 4, Mi-4, or Miphone 4, however you want to call it. It seems that aside from going with a metallic frame, the company will be taking the device on a bezel diet and will be giving back some curve to its corners.

While many on the western half of the world would quickly pan Chinese smartphones and tablets, some brands carry some more weight than others. Xiaomi is probably one of those right at the top. Their devices sell out in just minutes, at most an hour, when they launch in China. They recently came into the global spotlight when they managed to make a high-profile hire of none other than former Google VP Hugo Barra. They have recently begun their international trek outside of their home Chinese markets, but are yet to reach the US and Europe. The Mi 4 could very well be the smartphone that makes that voyage.

This upcoming flagship was previously leaked to have a metal frame, a bit unusual for a manufacturer that tries to keep its devices low-cost. This new leaked photo gives further insight to the external design direction that Xiaomi is taking the Mi 4. According to the Weibo post, the bezels have been reduced to give more room for the screen, as evidenced by this side by side comparison between the Mi 4 on the left and the Mi 3 on the right. Also noticeable is the fact that this leaked model sports more rounded corners compared to the hard edges of the Mi 3, a design that it used with the Mi 2 before.

So far only the face, and rear, of the Xiaomi Mi 4 have been leaked and we still no very little about the smartphone’s innards. But judging by Xiaomi’s previous flagships, we can expect it to have high-end specs competitive with its market rivals like OPPO and OnePlus. Hopefully Xiaomi won’t resort to lower specs or cheaper brands just to offset build costs if it does eschew plastic for aluminum in the end.