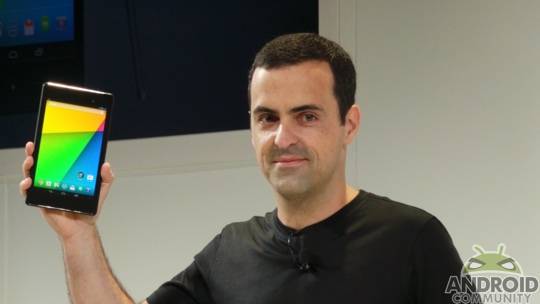 It seems that the rumor has indeed some substance to it. Xiaomi‘s top executives have announced the addition of Hugo Barra to their international team and now Barra himself has confirmed that he will be leaving Google to still work on Android, but from a different side of the globe.

We earlier reported on a leak that Hugo Barra has tendered his resignation, which may or may not be related to recent personal situations. Barra joined the Google workforce in 2008 coming from Nuance, who specializes in speech and imaging systems. In his five years working as product manager for Android, he has become one of the public faces of Android during his tenure, appearing in press and developer events such as Google I/O. Without citing reason, Barra posted on Google+ that he will be starting a new chapter in his career in a few weeks, joining the Xiaomi team in China to further push the Android ecosystem forward.

Over at Chinese social networking site Weibo, Bin Lin, Xiaomi’s co-founder, welcomed Hugo Barra to the company as global vice president. Xiaomi CEO Jun Lei also confirmed that Barra will be overseeing the company’s international business development starting October. The move might perplex a few, considering how Xiaomi does not have much presence outside of China and Taiwan. However, this hiring does seem to indicate that the company has bigger plans ahead.

This news might come as a blow to Android, who saw Andy Rubin also suddenly leaving his post while still remaining employed at Google. And while the departure of such a big name as Hugo Barra will definitely have repercussions within the Android community, at this point we still can’t be sure how much it will affect the future and the direction of Android.