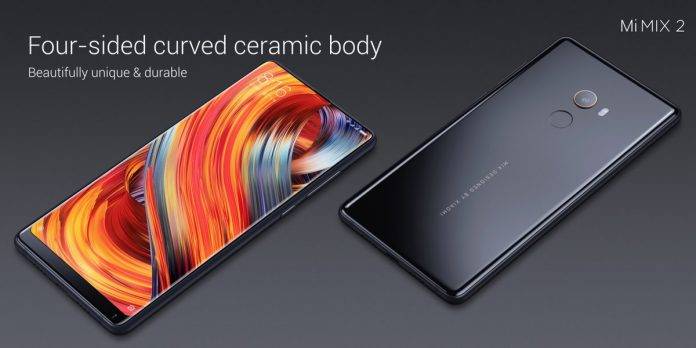 After a few months of speculation and rumors, here is the Xiaomi Mi Mix 2 as promised. We’ve been anticipating to know if it would have the Snapdragon 835 processor and 6GB RAM as listed by GFXBench. In a recent event in China, Xiaomi announced the new Mi Mix 2 that is a slight improvement from the first-gen Mi Mix. It was announced together with the Mi Notebook Pro laptop.

The Xiaomi Mi Mix 2 has more screen with better resolution. Actually, the screen is smaller at 5.99-inches from the 6.4-inches of the first Mi Mix.  This time, resolution is higher at 2160 × 1080 pixels with 18:9 ratio similar to the LG G6. We can say again it is almost bezel-less with the very small bezels on the bottom.

The phone runs Qualcomm Snapdragon 835 processor and 6GB or 8GB RAM. It comes equipped with 64GB/ 128GB/256GB onboard storage, 12MP rear camera with f/2.0 lens aperture and OIS, and LTE connectivity. There is no mention of battery capacity though.