The mobile industry still can’t get over with Xiaomi’s introduction of the Mi Mix last year. The phone which looked almost bezel-less was announced last December in a beautiful black, brick form. A white version was also soon released and made available. It passed Zack Nelson’s Durability Test and now we’re curious if a new version will be released during QA of this year. Looks like a next-gen model is already in the works as a new Xiaomi Mix device recently popped up on GFXbench.

This new MIX could be the Xiaomi Mi MIX 2. The benchmark site lists the phone as having 6GB RAM and Snapdragon 835 processor. The phone runs on Android 7.1.1 Nougat OS which we’re assuming could still be updated to Android O 8 OS once the new platform version is ready.

Last year’s Mi Mix was powered by Snapdragon 821 so this Mi Mix 2 with the SD835 is expected to perform better and faster. The 6GB RAM is also a worthy upgrade although a higher RAM doesn’t always guarantee speed. It will only matter if coupled with a good OS that is ready to take on demanding tasks. 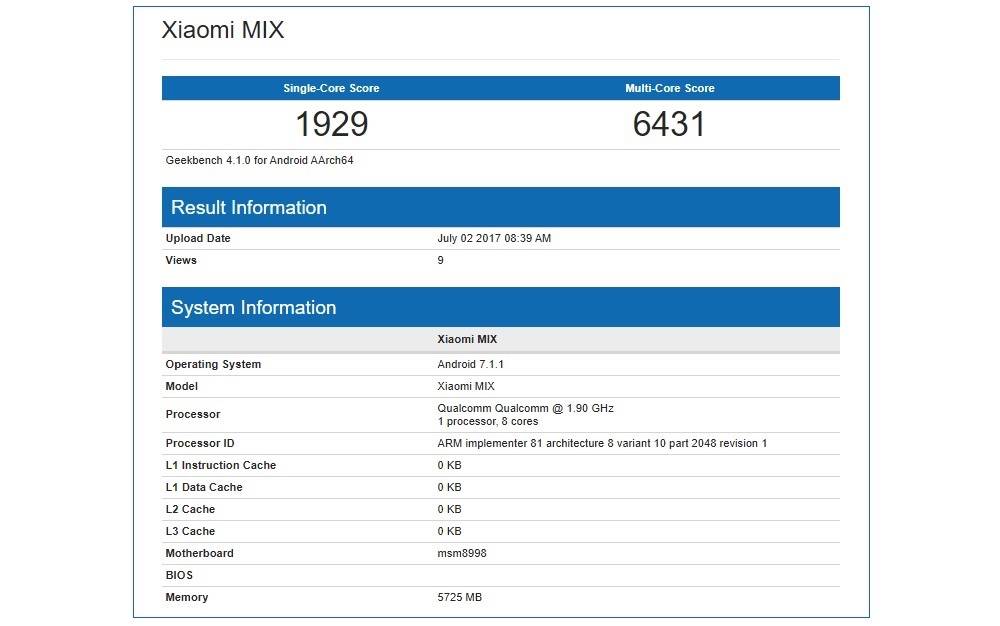 All we have are rumors and speculations at the moment. We’re not sure if this one will come with the new Mi Note but we’re hoping Xiaomi will also introduce a newer Note model so we’ll have more choices.