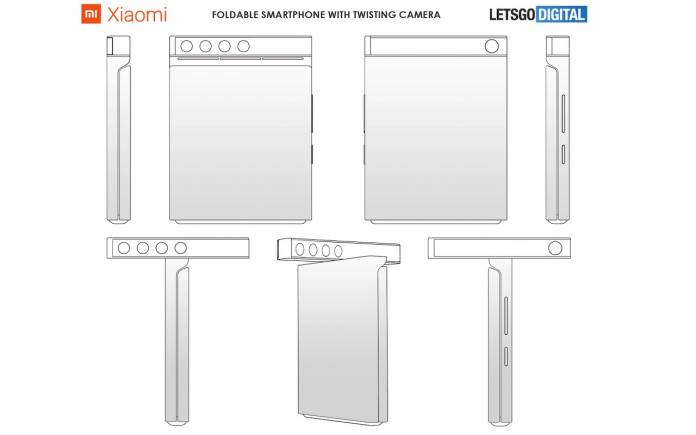 Xiaomi hasn’t launched any foldable phone yet but we know the Chinese OEM has all the intentions to introduce a device with a flexible display. The idea is being tossed around since last year when a mysterious Xiaomi foldable phone was demoed in a cryptic video. The video was real and turned out to be done by a company executive. Renders then came out showing outward folding display. But then we were told a Xiaomi foldable phone wouldn’t be introduced anytime soon.

Another demo video was released and another render surfaced a few months later. There was also that Xiaomi foldable phone with a pop-up penta camera system shown off back in November.

Over the weekend, another Xiaomi foldable phone design surfaced. A patent for a foldable phone with a rotatable camera system (rotating selfie cam) appeared online. It’s not just an ordinary foldable phone but one with a compact clamshell design. With the clamshell form, this upcoming Xiaomi smartphone may rival the Samsung Galaxy Z Flip and the new-gen Motorola RAZR. Xiaomi’s foldable clamshell phone may be out in the second half of the year, boasting a rotating camera.

A Xiaomi phone with a rotating camera module and a rotating display has been reported last month. This new patent shows a similar camera system . It was filed sometime in November last year.

The design may remind you of the Galaxy Z Flip because it looks square when folded. There is a quad-camera in a horizontal position while another camera is on the other side. The rotating camera means you can also use the rear quad camera for selfies which also means higher-res self-portraits. 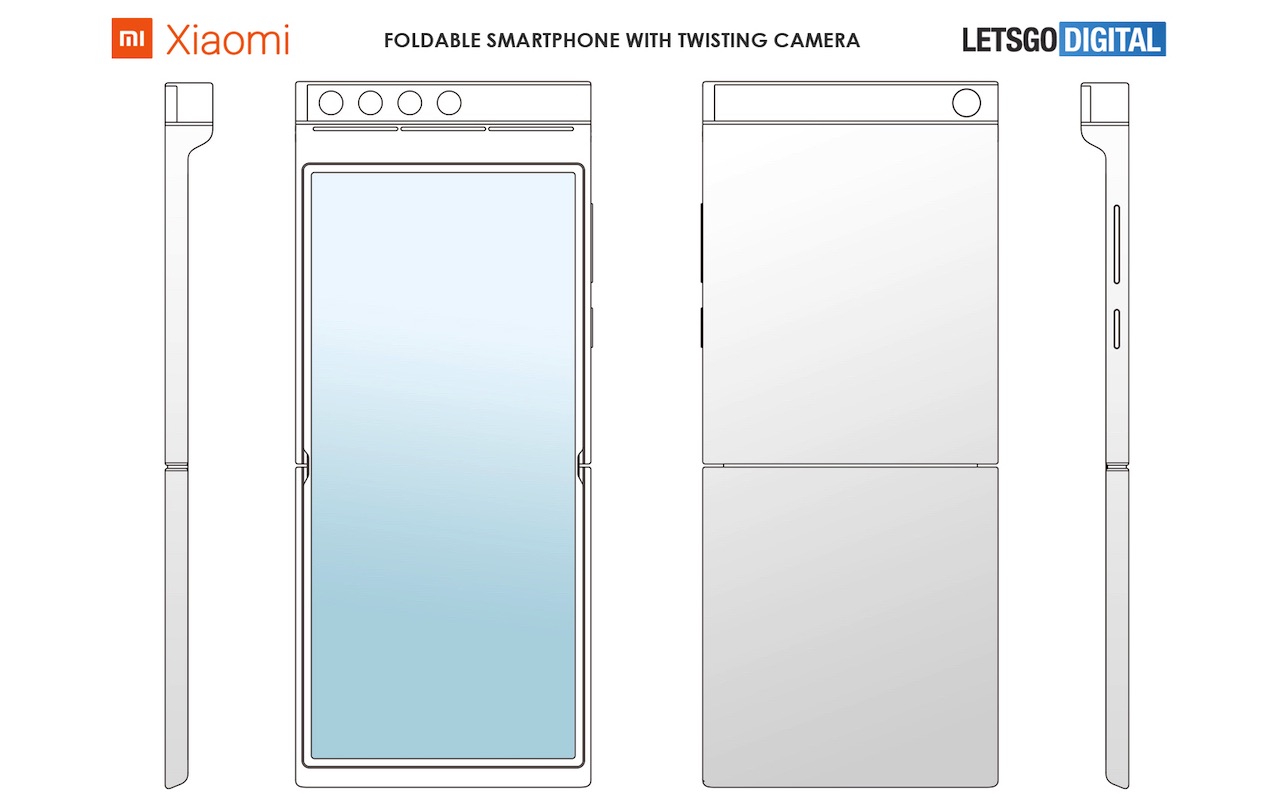 The Xiaomi foldable phone comes with a hinge. It’s like the Galaxy Z Flip’s hide-away hinge. It seems that you won’t see the hinge when the phone is unfolded. On the right side of the device, we see some physical buttons. We’re assuming they are the volume keys and the power button.

There is no notch nor a punch hole for the selfie shooter because the main camera system is enough. There is no camera anywhere on the screen because it is in a separate module. We don’t see any cover screen but obviously, the main display will be foldable.