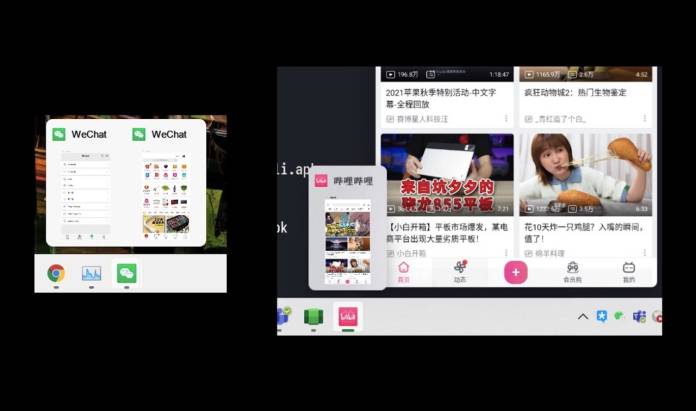 Windows and Android are totally two different platforms. When it comes to the mobile game, Microsoft isn’t as big compared to Android but you know the two are essential to one another. Windows 11 is the latest. Many people can’t wait to try it and able to run Android apps. A few months ago, we learned Microsoft has teamed up with Amazon to turn the idea into reality. We noted Windows 11 will let you sideload Android app APKs. Someday, Windows 11 OS will run on Xiaomi and OnePlus phones.

Windows 11 release date has been confirmed but Android apps support was delayed. Windows 11 Android app support system once painted a promising picture. The Your Phone Windows 11 app would also be getting a new UI.

The latest we discovered has something to do with multi-instance support for Android apps. The information came from a set of leaked screenshots shared by our source.

Windows 11 Android app support will be ready soon. One important feature could include the multi-instance support. A Chinese source shared screenshots that show two social network apps running on Windows 11.

This possibly means multi-instance which will allows multitasking. This allows multiple apps to be open on screen at once. The feature isn’t clear yet but there is the effort for making things more efficient for the users.

There is also the idea that Android app would behave like a Windows app where you can move the window to a part of the screen or even resize it. For better control, you can use the touchscreen, keyboard, or even a mouse.