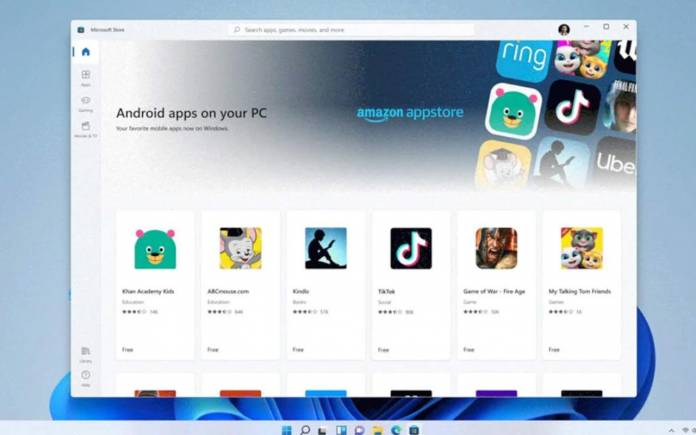 Windows 11 is going to come with support for Android apps in its ecosystem, as confirmed by Microsoft long ago. However, the general availability of the most awaited OS feature will be delayed and won’t be seen at the time of the official launch next month. According to rumors users will have to wait as late as mid-2022 to get their hands on this exciting highlight of Windows 11. That said, insiders might get their hands on it earlier than the rest as evident from a recent development.

Microsoft is readying what’s being touted as the Windows Subsystem for Android, and leaked benchmarks look exciting yet a bit confusing. This will be the relative performance indicator of the OS running the feature in normal usage.

The new arrangement is based on the current Windows Subsystem for Linux or WSL and the Windows 11 operating environment will rely on it for function. Upfront, the OS users will acquire the Android apps from the Windows Store which will have Amazon Appstore integration.

There are still things to be considered like the type of hardware the tests were run on, but we believe it is a high-end configuration system that’s able to take the load. Something comparable to the Snapdragon 820 SoC in the Galaxy S20 phone.

More on this is expected in the near future as inside sources bring more to light about the exact metrics. However, there is a reasonable possibility of WSA presenting the system to be on the ARM processor, when is supposedly optimized for Intel processors.