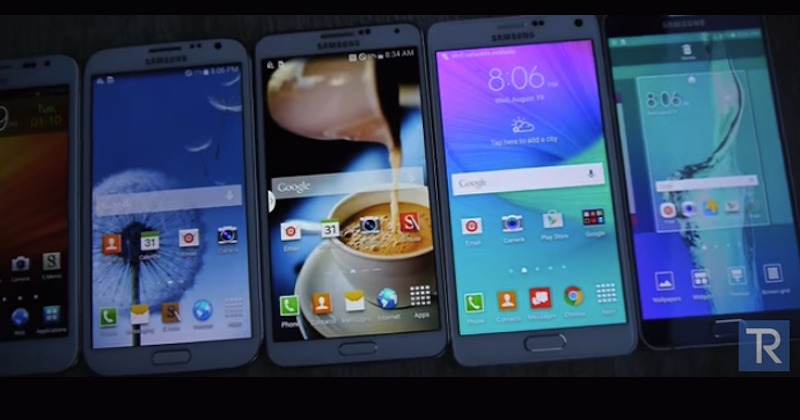 What’s more painful than watching a brutal drop test from a drone? Watch ten drop tests between all five Galaxy Note models in one video. TechRax is at it again testing not just one but five Notes in a series of side and front-facing drop tests. Not that we still need to know if the smartphones will shatter or not, we want to know how Samsung made every model better each year.

YouTuber and tech reviewer TechRax was the same guy who did the LG G4 Durability Test, that Samsung Galaxy S6 edge Drop Test, and the same one who was scammed off Craiglist and then taught us how to spot a fake Samsung Galaxy S6.

For this new Drop Test episode, a total of ten drop tests were done–two on each Note–one from the side and another one from the front side –both from five feet in height. Why only five feet? It’s the optimal drop test height and it’s the average height a person can drop his phone while holding it and under normal use.

So without further ado, here are some highlights of the drop test video: 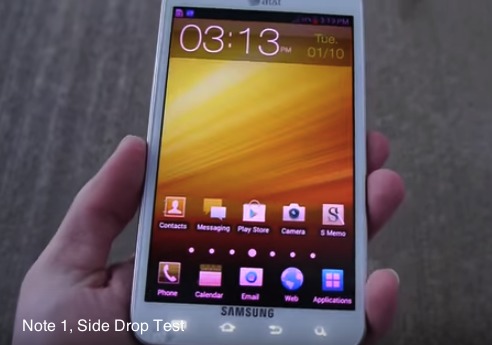 Dropping the Galaxy Note from the side for the first time resulted to some color discoloration on the bottom part of the screen. You’ll notice a pink shade and some crack on the bottom left of the display. The back cover slipped off. Display was working at first but phone was generally acting funky according to the tester. 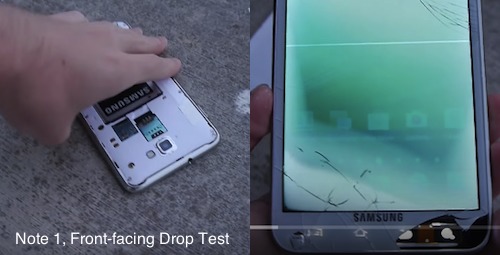 After the Front-facing Drop Test, display turned to green and some web cracks on the screen are very obvious. Back cover totally came off while the bottom part has chipped.

There’s some boot up issue when the 2nd-gen Note was droppedside. The S-Pen came off a bit. Back is still good but there’s a noticeable crack line on the bottom left corner just like in the Galaxy Note 1. Display is still working and there’s no color distortion this time. 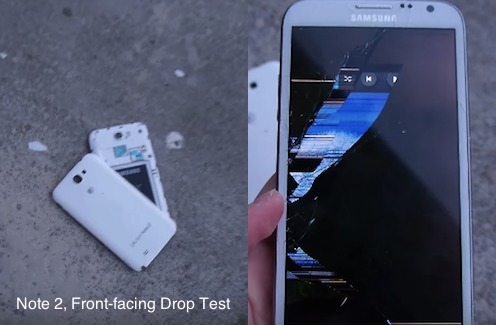 Similar to the Note 1, the front-face drop test made the Note 2’s back cover to fly out. There’s some interesting color scheme on the screen, mostly black. The phone suddenly died and didn’t come back to life. There’s also a shatter along the screen. 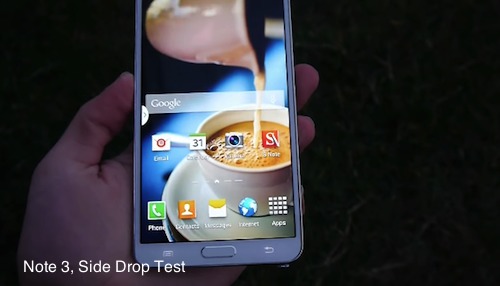 No cracks at all when the Note 3 was dropped from the side. The back cover came off a bit. Pen almost flew off and there’s just a little scrape on the corner. Phone still works. 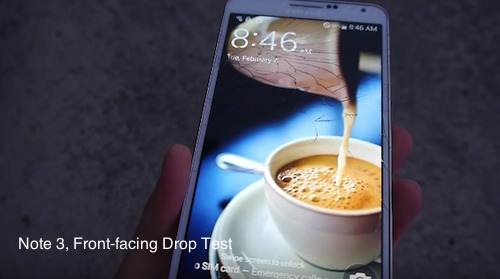 The phablet fell flat on its front resulting on some cracks across the entire screen. Phone  still works and interface is still fluid. Back cover is still intact. 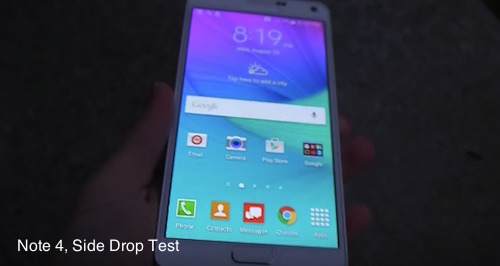 When the Galaxy Note 4 fell on its side, the pen almost came out. No cracks are visible and back cover is still okay. There’s just a teeny tiny scrape on the corner. 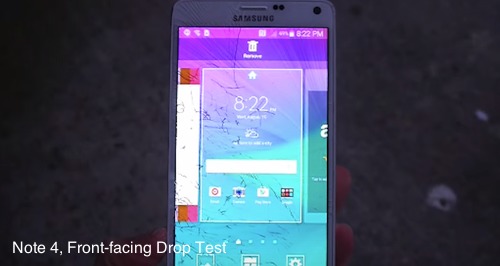 On this drop test, device fell flat on its front and got me saying “ouch” for the time. There’s an entire shatter on the screen but smartphone is still working and is useful. Back cover tried to come off a bit. 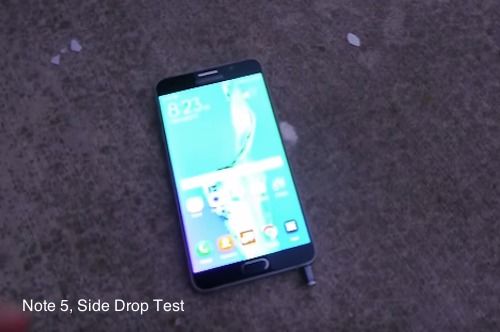 The S-Pen of the latest Note, the Galaxy Note 5, flew out a bit again. Back plate is still okay but there’s a small shatter on the left part. There’s also little crack on the bottom. 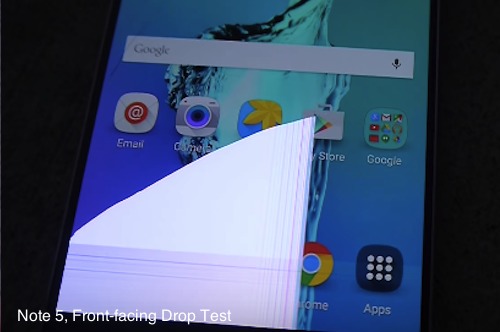 No cracks at all on the screen but there’s an interesting white triangle-shaped distortion on the display. The phone’s interface is not working properly even if there’s zero shatter. Unit was rebooted but the distortion is still there.

These images are not enough. Watch the full video below to see how each Note model survived–or didn’t: