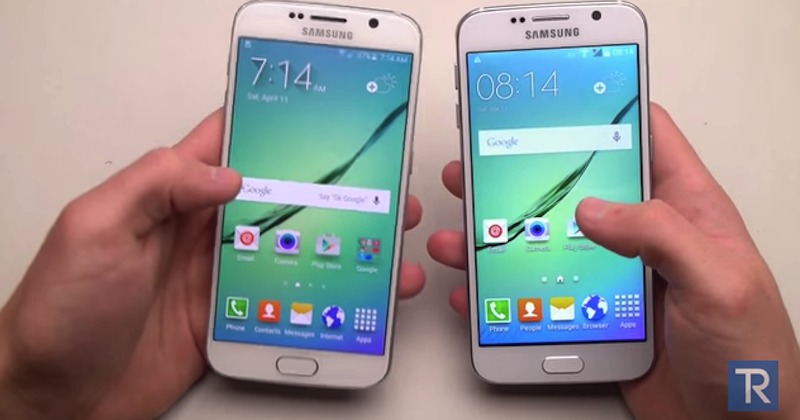 Fake gadgets are nothing new. China may be an emerging market but it’s the main source of replicas, clones, fakes, and copycats. And with all the improvement in technology, it’s much easier to copy ideas and designs these days. Sad to say, there is a “fake industry” that’s annoying yet business is booming in the underground. You may remember that Redditor who bought a nicely-crafted fake Samsung Galaxy S6 for less than $500. It was really heartbreaking but we knew he wasn’t the only one and he wouldn’t be the last to share his experience about getting a phone clone.

YouTuber and tech reviewer TechRax managed to snag a fake Galaxy S6 off Craiglist. The same who did the Samsung Galaxy S6 edge Drop Test and the LG G4 drop test.

He admitted it was his fault not to check the package right away and now he’s sharing his experience to warn and help us differentiate an authentic Galaxy S6 from a fake one. Here are some tips to know if the Samsung Galaxy S6 smartphone is fake or real:

• A fake one feels plasticky while an authentic Galaxy S6 features a glass material at the back.
• Fake phone features an outdated Android. Original runs the latest Android Lollipop platform.
• Fake is super slow and laggy. Everything moves slow. A real Samsung Galaxy S6 works really fast and responds very swiftly.
• Unlocked SIM card doesn’t work on the fake one.
• Boxes of the two are very similar but with a slight color change. The replica phone’s box looks and feels very cheap.
• The fake Galaxy S6 box uses the same font and has no sticker on the upper right corner. An original Samsung phone has a sticker and a special code and information.
• Box of the original Galaxy S6 has a flap cover and the correct information at the back.
• Wallpaper images are very outdated and not as clear as the crisp and smooth photos on the original Samsung Galaxy S6.

TechRax was scammed off Craiglist. His advice to future buyers: look at the phone close enough. It only takes a few seconds to examine the smartphone and it’s really easy to tell. A fake one is slow while an authentic smartphone is smooth, swift, and quick to navigate.