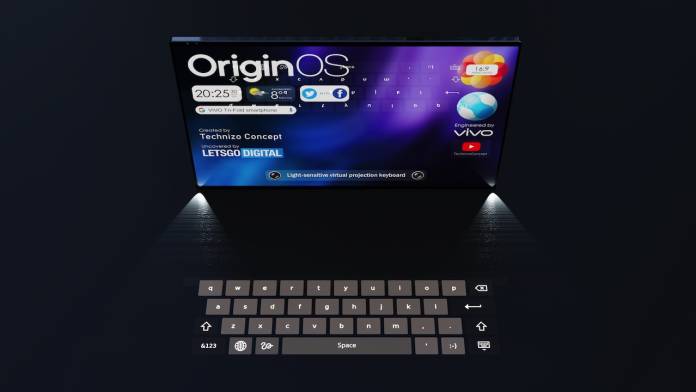 Vivo is working on a number of new ideas. The Vivo Pad is believed to be on its way soon. It will be the first tablet from the Chinese OEM. It’s also said to be working on Funtouch OS Android 12 for several Vivo devices. The most recent phone we featured was the Vivo S10e. We also remember the Vivo X70 series phones. In the coming year, Vivo may also venture into the foldable phone game. We’re probably looking at the Vivo NEX series that will offer not only foldable but also rollable phones.

A Vivo foldable phone sounds exciting but then a tri-fold foldable smartphone may be more than a treat. This is only a concept but it’s fun to imagine what could be. The idea is from a patent filed by Vivo for a large foldable device featuring a 16:9 display and what appears to be a virtual keyboard.

The mystery device is believed to be more focused on productivity. The large screen real estate will definitely be to allow a bigger preview whether for work, school, home, gaming, or entertainment.

We have seen several tri-fold smartphones in the past but not one concept has become a reality. The idea is that they can be folded at two points. We have seen concept phones from OnePlus, Samsung, and TCL. Similar two-fold designs have also been shown off by LG.

The patent filed with the USPTO (United States Patent and Trademark Office) included a nine-page documentation. It was also published in the WIPO (World Intellectual Property Office) database which tells us Vivo may be serious. We’re not sure though if and when the device will go into production. 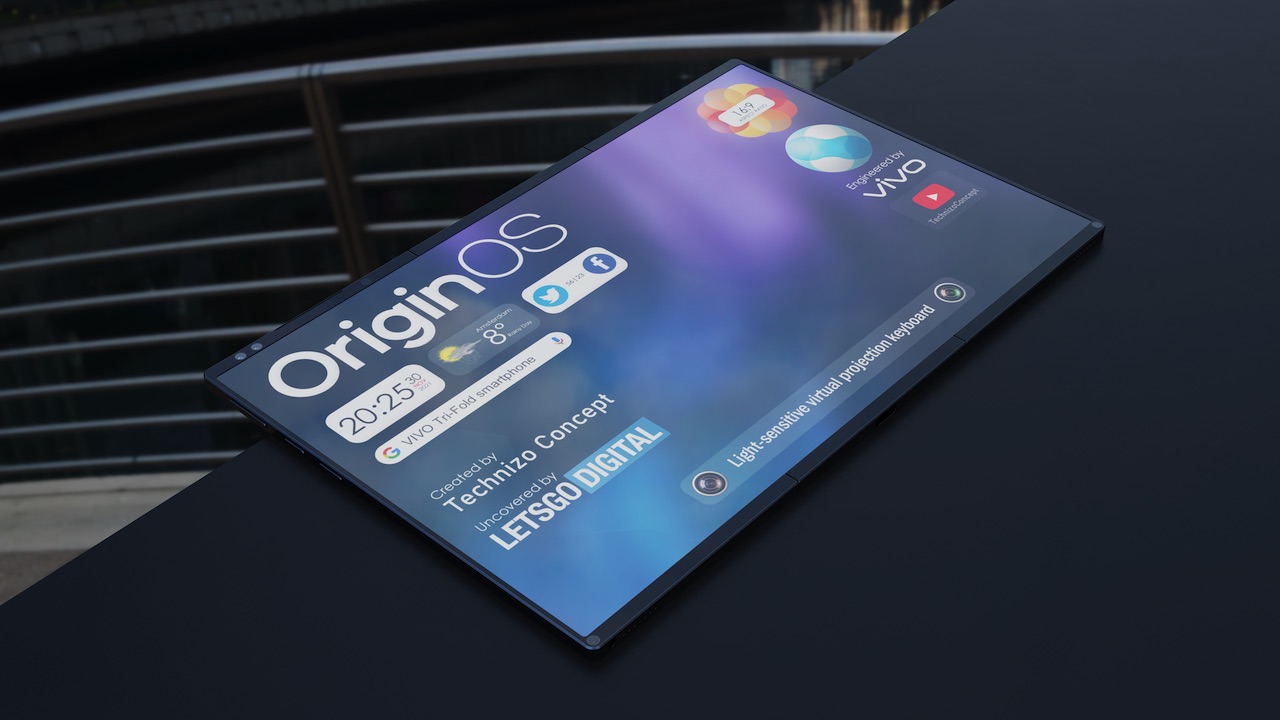 The concept foldable smartphone features a large screen that when unfolded, it works like a massive tablet. The design shows a system that is said to probably replace the hinge.

LetsGoDigital came up with renders based on the patent. It seems complicated but we like the idea. The Vivo tri-fold smartphone shows narrow screen edges that carry cameras, sensors, and a receiver.

When you fold the device, it turns into a Z-shape. When unfolded, you see a very large screen surface that can allow you to be more production. The virtual keyboard appears with light-sensitive projection. A signal receiver is used to detect the surface where a virtual keyboard may be placed.

Could this be the next Vivo NEX Fold? That’s possible but we’re assuming the first foldable phone from Vivo will one have two display parts, not three.