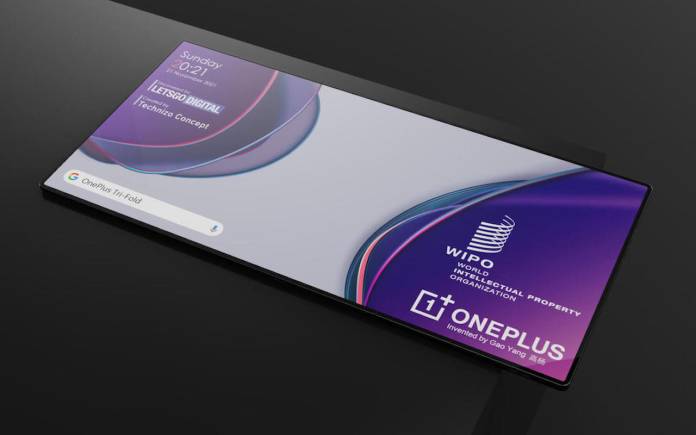 The OnePlus foldable phone may be launching someday. No, it’s not happening today or anytime soon but we believe for a brand that lives by the ‘Never Settle’ motto, OnePlus will work on something related. Last year, the company CEO said the technology wasn’t ready yet. It still isn’t but with the success of Samsung, the tech certainly has potential. It is only a matter of discovering and applying the right technology and platform. We almost believed a OnePlus foldable phone was about to be revealed but that only turned out to be a promo for the OnePlus 9 5G.

We won’t be surprised if OnePlus suddenly presents a foldable phone. OPPO has been working on one and since the two companies share resources, they can very well use each other’s technologies.

A patent by OnePlus has been sighted recently. It presents a different design for a foldable phone. There are two folds that actually translate into a tri-fold foldable device.

Nothing is final and official. It’s only a patent file. The image shows a double hinge. It is quite ambitious but it’s only a concept anyway.

The patent is said to have been filed by OEM before the year 2020 ended. It was only published on July 20, 2021 and has already reached the World Intellectual Property Office (WIPO) database. This doesn’t always mean a real product will be ready soon but we won’t be surprised if that happens.

The OnePlus tri-fold smartphone features three display parts plus a double hinge. As described, it can be folded in numerous ways. The result is a versatile device and more apps. In its unfolded state, the device works as a tablet. When folded, it works like a phone albeit a thick one. 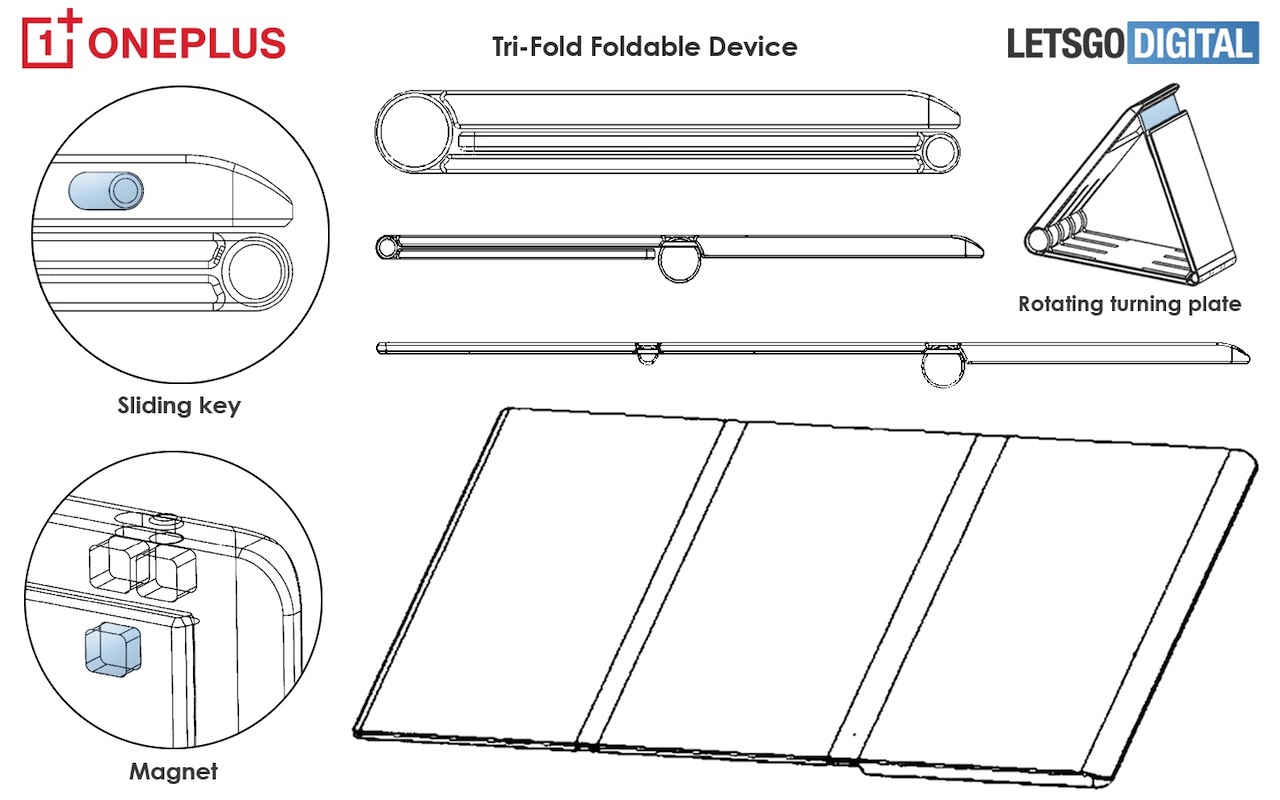 The foldable screen is hidden so it is protected from bumps and scratches. The hinges are different sizes. Because they may not be balanced, the device may wobble a bit when placed on a surface while unfolded.