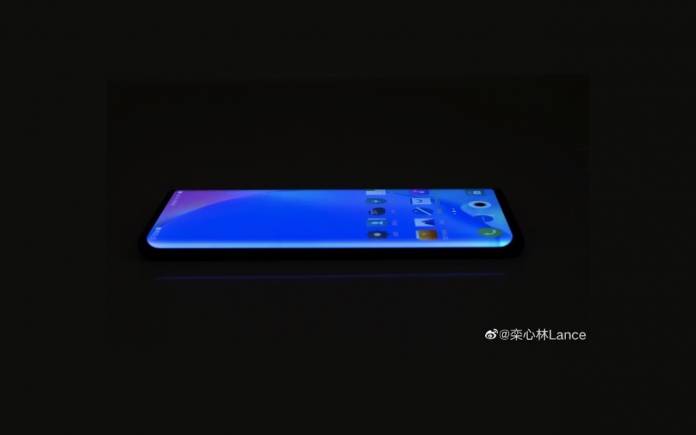 Vivo is busier than ever. It recently teamed up with Xiaomi and OPPO to work on a new device-to-device file transfer protocol. The Vivo S1 with triple rear camera system just started selling in India. Vivo and OPPO are also working on a Dual WiFi feature. A new Vivo iQOO Neo gaming phone was recently launched after the company presented its 5G plans, AR Glass, and the Super FlashCharge 120W technology. We also remember the Vivo X27 that came with a 48MP main camera and a 16MP pop-up selfie shooter.

Not much new information has been shared. The photo above was simply posted on Weibo, showing off some curved edges. The image somehow proves screen glass presented before that could translate to more than 100% screen-to-body ratio. It’s not a flexible display so it’s not a foldable phone either. There is a possibility of a dual-display design again.

Imagine an all-screen display in front that extends to the sides and maybe the whole rear similar to the Vivo NEX Dual Display. The screen is said to be 90° curved with glass everywhere. We can also expect a symmetrical design and shape. Don’t go looking for a notch or a camera hole, you won’t find either of the two. So those side bezels, forehead, and chin? They’re also non-existent.

With this Vivo NEX 3 or Vivo NEX (2019), Vivo will once again be known for innovation and being ahead of the game. It could already feature Dual WiFi tech and the waterfall display as illustrated in several design sketches.

Even with the possible rear display, a pop-up selfie shooter can still be available probably with 32 megapixels. As for the rear cameras, a triple rear shooter system is also a possibility. Everything will be confirmed once Vivo makes an official and public announcement. Let’s wait and see.