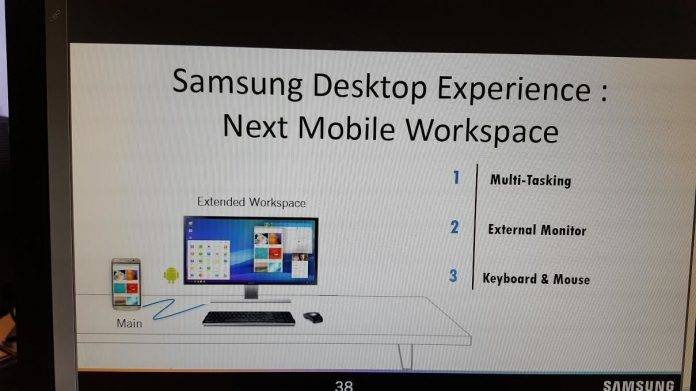 There have been a lot of rumors – and we mean a LOT – about the Samsung Galaxy S8. One rumor stands out from the rest, though, about Samsung’s upcoming flagship – the feature that allows users to dock it to a large display so you can use it as a PC. It was rumored to be called Samsung Dex, and the USPTO just confirmed that Samsung has trademarked the name. 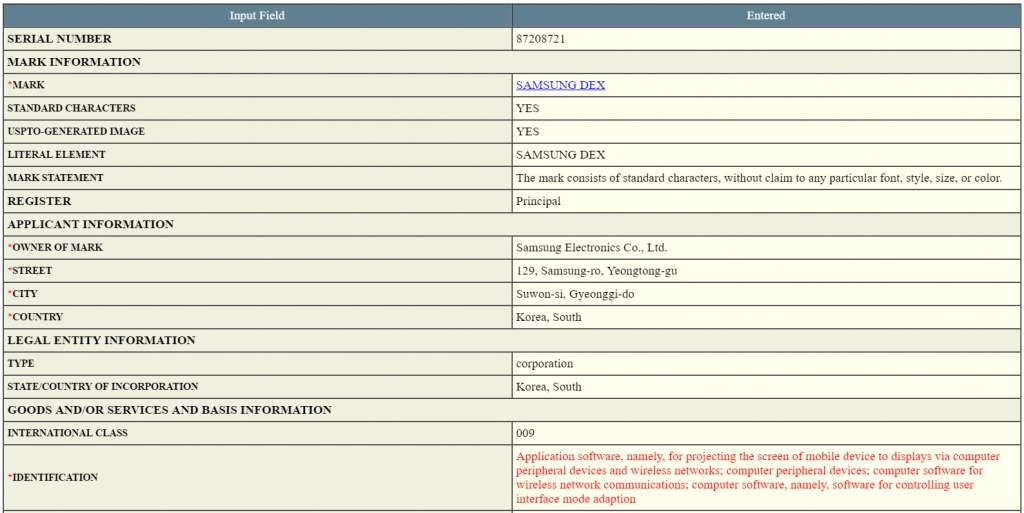 The Korean gadget giant has filed for a trademark on the name “Samsung Dex”. This is apparently in the category of Goods and Services, and according to the documentation this trademark is for “Application software, namely, for projecting the screen of mobile device to displays via computer peripheral devices and wireless networks; computer peripheral devices; computer software for wireless network communications; computer software, namely, software for controlling user interface mode adaption.”

This shows that the Samsung Galaxy S8 will be able to project to a big screen some sort of user interface probably akin to a desktop environment. Our sources also show that Samsung has also applied for trademark the term “Samsung Dex Station” – where Samsung Dex probably is the ecosystem, the Dex Station is probably the hardware, possibly a dock, that makes this all possible. 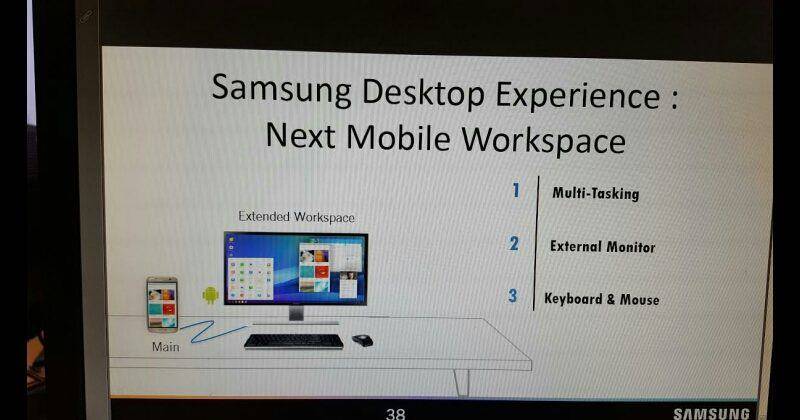 Rumors as to the launch date of the Galaxy S8 point towards the end of March, rather than the expected reveal at the Mobile World Congress in February. It might be that Samsung is giving itself a bit more time to streamline these features for when it actually launches.