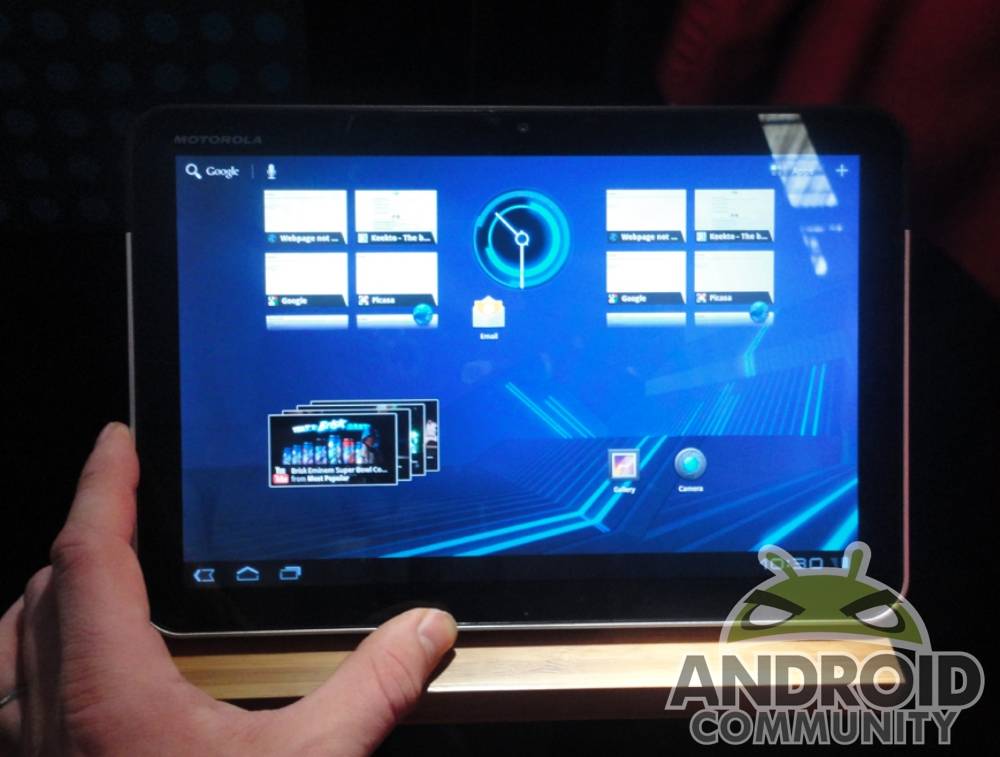 The coolest star-studded carrier in the land has announced today that they’ll be releasing the Motorola XOOM on their own high-speed network. This device will be available starting today for $599.99 and will have the same 10.1-inch display and Android loveliness you’ve grown to know and love as it’s been released on alternate carriers and from warehouses across America. This release of the XOOM will come packed with the very newest version of Google’s mobile OS, that being Android 3.1 Honeycomb, this version of the OS only having been announced weeks ago.

This version of the XOOM has 32 GB or memory inside and it’s not yet clear whether the microSD card slot will be active. We heard a little earlier today that the Motorola XOOM as it exists on basically every carrier outside the USA will be getting an update to Honeycomb that brings the device up to the 3.1 version of Android, also called Honeycomb, this update also bringing availability of the microSD card slot as promised by every ad being transparent about said slot since its inception. US Cellular’s site for the XOOM includes a note: “External Support: up to 32 GB.” Could this mean what we think it means?

US Cellular notes that customers will have to add a $25 data plan to their account if they’d like to tether the Motorola XOOM to their existing smartphone, this making it clear t hat this is, indeed, only a Wi-Fi version of the tablet. You’ll be working from your home or with a connected handset anyway, right? $25 a month worth it to you? For that extra 32 GB, perhaps!

Then you’ve got to consider all the new stuff you’re going to be able to do with the device like attach it to a keyboard or use the $14.99 Targus Stylus Pen the group has for sale at launch. What a wonderful world of XOOM we’ve got here! Maybe a good time to whip out the ol’ Samsung Gem or the LG Optimus U to connect, eh?

Also note that we’ve got a full review of the Verizon version of this device, so you can get a general idea of what it was all about before 3.1, or you could head to our Android 3.1 Honeycomb review on a XOOM for a better look at what you’ll be getting with US Cellulars iteration!