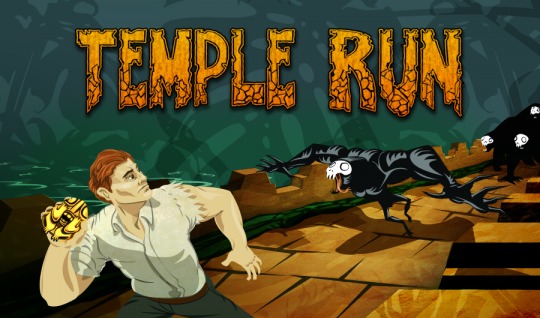 Well folks, after the weeks and weeks of waiting, countless fakes appearing online and tons of anticipation the day is almost here. Temple Run for Android will finally and officially be available for phones and tablets starting tomorrow, March 27th in the Google Play Store, formerly known as the Android Market. As soon as I see it available I’ll be sure and shout.

The game has seen a huge amount of success on iOS, being one of the top paid apps and downloaded millions of times, over 36 million actually. The craze is as bad as Angry Birds fanatics, or worse. We originally mentioned it was coming to Android back in January and saw hundreds of comments and excited Android users but after a few rumors of February release dates earlier this month we learned the truth. Imangi Studio’s themselves announced it will be available tomorrow, the 27th and I can confirm that everything is still a go and it will launch tomorrow as planned.

Temple Run for Android will be free according to the developers but most likely will include ads, but for a game this popular I’m sure most wont mind. We are hearing it will work for most Android smartphones even older devices such as the original Samsung Galaxy S, and other older single-core phones so most users should be able to enjoy this supremely addicting game.

No word yet on exactly when it will be available. Could be tonight at 12:01, or be pushed to the Play Store sometime tomorrow during the day. We’ve reached out to Imangi and if we hear a time we’ll update with all the details and a link once it goes live.

So I must ask, Who’s excited? Sound off in the comment section below!