Telltale Games is one of those gaming outfits that just seem to know what they want to do, and they do it pretty darn well. The company probably hasn’t had a miss in a long while – with popular episodic point-and-click story-driven adventure games like “Tales from the Borderlands”, “Batman”, and “Minecraft: Story Mode” already under their belt. Now Telltale takes on the story of Star-Lord and his motley crew of misfits – “Guardians of the Galaxy”, of course.

Guardians of the Galaxy: The Telltale Series is now available via the Google Play store. More specifically, Episode 1 is now available, the episode is called “Tangled Up in Blue”. If you’ve played any of Telltale’s episodic point-and-click (point and tap?) adventures before, you’ll know what to expect – a well-written story with great voice acting and twists in the plot that you won’t expect.

The gameplay is pretty much the same – Telltale has had great success with this genre, and as they say, “If it’s not broken…” It’s very far from being broken – in fact, people have come to love the interactive storytelling that Telltale has given them with each new game. 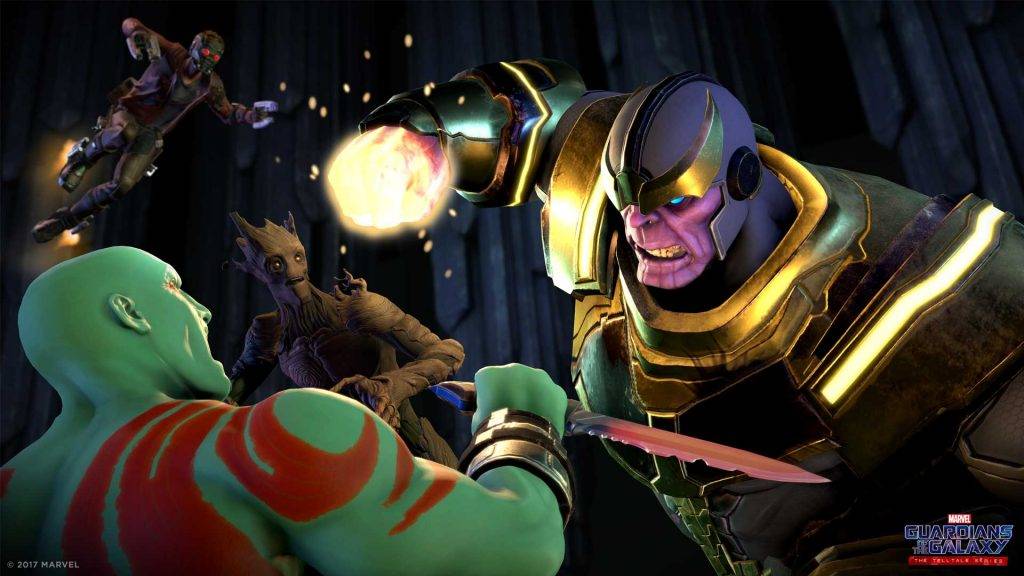