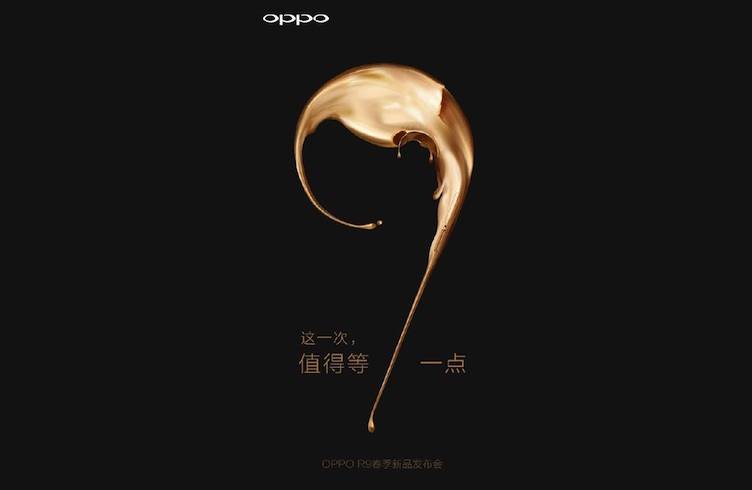 Last year, the Oppo R7 was quite a big deal. The Chinese OEM rolled out a number of other R7 phones including one with an all-day battery life, the R7s, and R7 Lite, R7 Plus. Aside from the F1 Plus to be unveiled in April, Oppo is set to launch the R9 based on a new teaser that shows a golden number 9 (or is it copper?).

Why an OPPO R9 and not R8 you may ask? We asked the same question but upon checking the past models, there’s already an OPPO R8. There’s actually two: an OPPO R819 and the Oppo R833T introduced way bach in 2013. Oppo can still use the R8 name and call the new phone an R8S or R8S Plus but the R9 tells us it’s a totally new smartphone.

We have no idea when the Oppo R9 will be announced but the teaser confirms an imaging-centric Oppo smartphone. If there’s an Oppo R9, then perhaps we can expect the Find9 as a follow up to the Find7. Maybe not yet, it’s too early to set our expectations for the new Find phone.

Rumored specs of the Oppo R9 include a 6-inch screen, 1440 x 2560 pixel, resolution, quad-core Snapdragon 820 processor, Adreno 530 GPU, 3 or 4GB RAM, 64GB built-in storage, microSD card slot, 21MP rear camera, 13MP selfie shooter, fingerprint scanner, and a 3700 mAh battery. All these are considered rumors for now. We have no idea if it will run Android Lollipop or Marshmallow at launch but it could be priced just below $400.