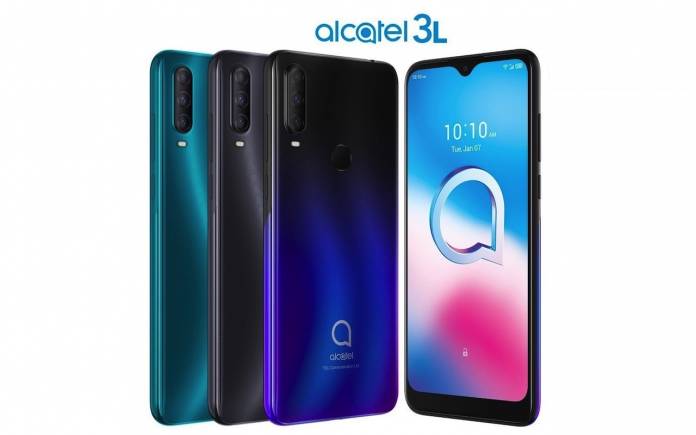 TCL is an old company but it’s only a few years ago when it became more popular when it entered the smartphone game. Numerous affordable and mid-range phones have been released by TCL under different brands like BlackBerry, Turing, Vertu, and of course, Alcatel. The latter has always been in the mobile phone business but it was only the past few years that it’s been releasing Android phones left and right. Oftentimes, Alcatel announces two or three new devices at once.

You can say Alcatel is prolific when it comes to the Android arena. Our last feature was in November when the Alcatel JOY TAB KIDS rugged tablet was introduced. There’s also the Alcatel INSIGHT budget phone plus the Alcatel GO FLIP 3 and Alcatel SMARTFLIP clamshell phones.

Over at CES 2020, TCL has announced new Alcatel phones. These devices are for the first half of the year (H1 2020) so expect more detailed announcements in the coming months. A new tablet and a USB hotspot are also part of the lineup.

Let’s start with the Alcatel 3L. This affordable Android phone offers better low-light camera performance. It means you can take good pictures even when the lighting condition is not that ideal. The triple rear camera on a budget phone is unusual but Alcatel is able to do it.

The phone even comes with a 48MP AI camera working with a 4-in-1 big pixel technology. With artificial intelligence, the device can also identify up to a total of 22 different scenes. This way, the phone can optimize the scene or image. Check out the new Aurora design of the phone featuring micro-texture laser etching tech.

Here is another triple-camera phone priced below $110. Inexpensive phones with multiple cameras are a thing now. The Alcatel 1S comes with the following: 13MP + 5MP (bokeh) + 2MP (macro) cameras with AI. Like the Alcatel 3L, this one can identify 22 scenes and adjust the images accordingly. Its battery life is also impressive, able to allow HD video and music streaming plus gaming. It comes with a large 6.22-inch HD+ screen, as well as, the same Aurora design.

The Alcatel 1S is more affordable at $110. Choose from either Power Gray or Agate Green. Availability will be Q1 2020 in Africa, Middle East, Latin America, Europe, and Asia Pacific.

The Alcatel 1V is almost the same as the Alcatel 1S but it only comes with a dual-camera system. It’s even cheaper at only $88 with its decent specs like a 2.5D front glass, curved sides, AI scene detection, its own Google Assistant button. It comes in Pine Green or Prime Black.

This Android 10 Go edition phone offers very basic smartphone functions. It’s good enough as your secondary phone or to give to your kids for their first smartphone. It boasts 2GB RAM, quad-core processor, and a 5.5-inch HD+ display.

To ensure optimized performance all the time, the phone available in either Prime Black or Pine Green has a Smart Manager service. It optimizes power and clears memory instantly. The battery is only 3000mAh battery but it’s good enough for all-day use. The phone already comes with the Google Assistant. It’s the cheapest at $66.

Other non-phone Alcatel products introduced include the $88 Alcatel TKEE MINI Tablet for kids and the $49 Alcatel LinkKey IK41 LTE/4G 150Mbps USB dongle. These two can make things easier for the consumer especially when traveling because they offer entertainment and internet connectivity all the time.