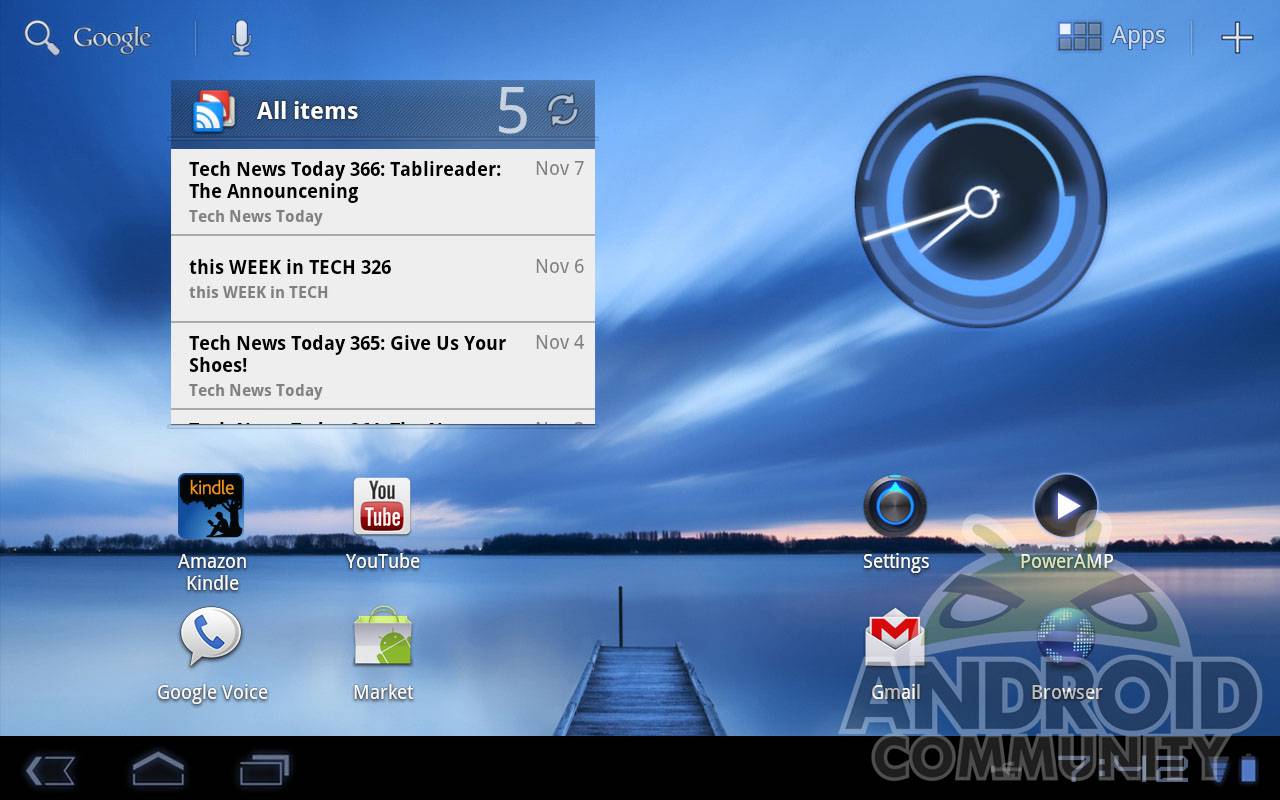 You’ve got a lot of choice when looking for a new Android tablet, but the T-Mobile Springboard is something novel. For just $179 (after a mail-in rebate and on contract, natch) you get a 7-inch Honeycomb tablet with a 720p screen and a dual-core processor. That makes the Springboard one of the smallest tablets around, and assuming you’re down with T-Mobile’s mobile data fees, one of the cheapest as well. The Springboard will be available starting on November 16th.

The Springboard is a rebranded version of Huawei’s Mediapad, and coming from a Chinese company known for low-end phones, it’s a surprisingly powerful device. A 1.2Ghz dual-core processor and 768MB of memory are in line with subsidized tablets that are much more expensive. The all-metal back is a pretty obvious imitation of the original iPad, but that doesn’t mean it isn’t nice – this is one of the most solid tablets I’ve ever held. It’s a little heavy when compared with plastic tablets, but at this size it’s easily held in a single hand. Seven inches isn’t the ideal screen size for everyone, but if you’re a fan of the form factor, you’re in for a treat.

The power and volume buttons on the left of the tablet are the only controls, and you’ll find an HDMI port, micro USB port and headphone port elsewhere. Unfortunately, the Springboard requires a separate charger – you can’t use the included microUSB cable for anything except syncing. 16GB of internal storage should be enough for most, but if not, you can access the MicroSD card slot by sliding a plastic tab off the back. A 5-megapixel camera on the back is twinned to a front-facing cam. 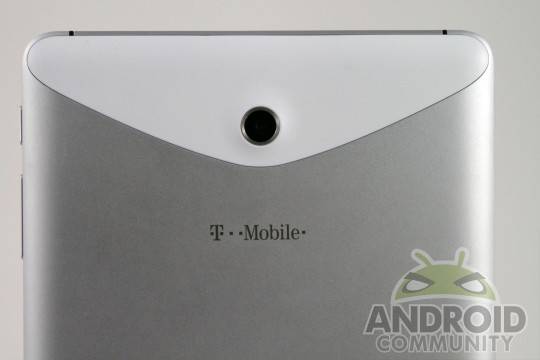 The compact size of the tablet is one of its most endearing features. A thin bezel combines with a 10.4 mm profile to make the Sprinboard a truly tiny piece of tech. It isn’t quite as thin as some later Galaxy Tab models, but it’s extremely comfortable and slips into a jacket pocket easily. The screen is extremely sharp at this size, and the brightness is enough to overcome even high levels of glare. We’re used to seeing this resolution on 10-inch tablets, and when compared with 1024 x 600 models lie the HTC Flyer and Nook Color, it looks fantastic.

As good as the Springboard’s hardware is… that’s about as bad as the software is. On these specs Honeycomb 3.2 might not be able to fly, but it should be at least as smooth and stable as the original XOOM. Sadly, that just isn’t the case. Slowdown and stuttering are present pretty much everywhere, and the respectable internals seem to be almost asleep. A Quadrant score of 1800 or above won’t set the world on fire, but on stock Honeycomb, I expected better.

Except that this isn’t quite stock. There’s no custom UI to be seen, but it’s clear there’s some extensive modifications from T-Mobile thrown in for good measure. More than a dozen built-in apps can’t be removed, and almost none of them are welcome – Blockbuster and navigation apps rear their ugly heads. What’s even more frustrating is that there are modifications to core Android apps like the Market, which – perhaps to drive users to the non-removable Blockbuster and Netflix apps – doesn’t give you access to movie rentals. We’ve contacted T-Mobile about this troubling modification and are waiting to hear back. 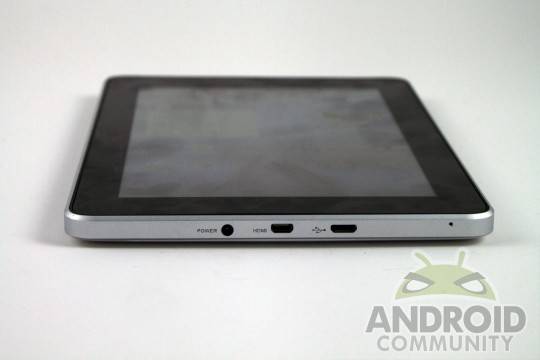 There’s nothing particularly new or rare about the tablet’s components, so there’s nowhere to look for this poor performance but T-Mobile’s modifications. I suppose it could also be Huawei, but then their name isn’t on the back of the device. Slowdown isn’t the only issue: random crashes and freezes were a pretty constant presence. Since I couldn’t rent a movie from the Market I opened up Netflix, but half an hour into the movie the app froze and never recovered, even after a reboot. The software made Honeycomb, normally an enjoyable experience with an admittedly steep learning curve, a frustrating chore.

The hardware should support an Ice Cream Sandwich upgrade without complaint, but given the Springboard’s OEM nature and low cost, there’s no telling when or if it’ll come. 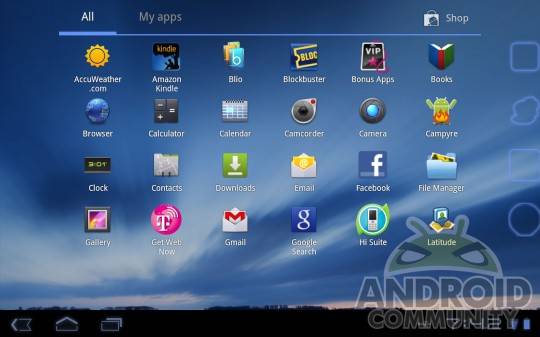 T-Mobile’s network doesn’t extend to my home, so I was restricted to Wifi for most of my testing. When I took the Springboard to a family gathering in the middle of Arlington, Texas, I got five bars of “4G” HSPA+. If it wasn’t for two or three thirty-second dropouts, the experience would have been fine.

The 4100 mAH battery consistently lasted for 7-8 of prolonged browsing and music. On average without taxing downloads or 3D games, you should be able to get through a full day of use without a recharge. It’s a good thing, too, since the chunky charger is the only way to get power into the Springboard. 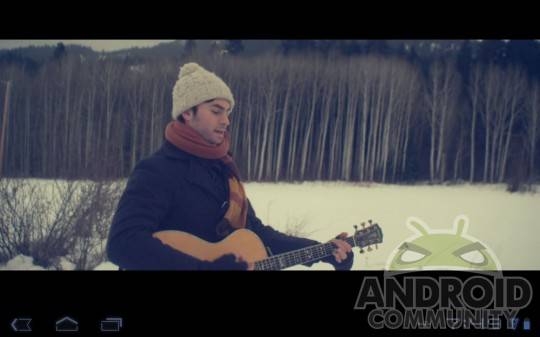 Music playback is a little quiet on the Springboard’s small stereo speakers, so be sure to pack some headphones or find a Bluetooth speaker. Photos and video were nothing amazing, but at this price for a tablet you shouldn’t be expecting much anyway. Videos were clear and crisp on the 720p screen – until the apps crashed, which was pretty regular. Reading on the Kindle app was an enjoyable experience. 7 inches is pretty perfect for replicating a paperback, and the tablet is light enough to easily handle with a single hand. 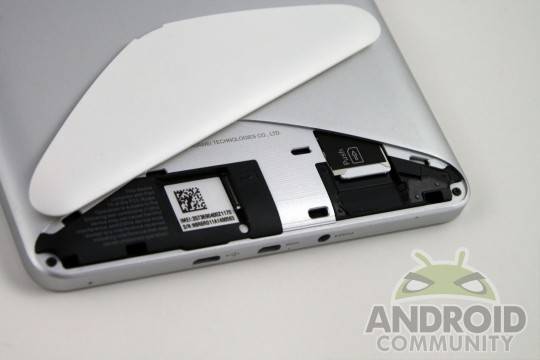 It’s a cryin’ shame that a low-cost device with some genuinely impressive hardware is brought low by some bad changes to Android. Honeycomb is never a speed demon, but the slowdown and glitches experienced on the Springboard are more than enough to be a dealbreaker when offerings form Samsung and HTC are so much more solid. My time with the Springboard makes me wish that I could see some community mods running on it, or even better, a non-branded Wifi-only version. Unless T-Mobile decides to significantly improve the software, there are much better options out there.

Check out the hands-on video below for a better look at the T-Mobile Springboard in action: