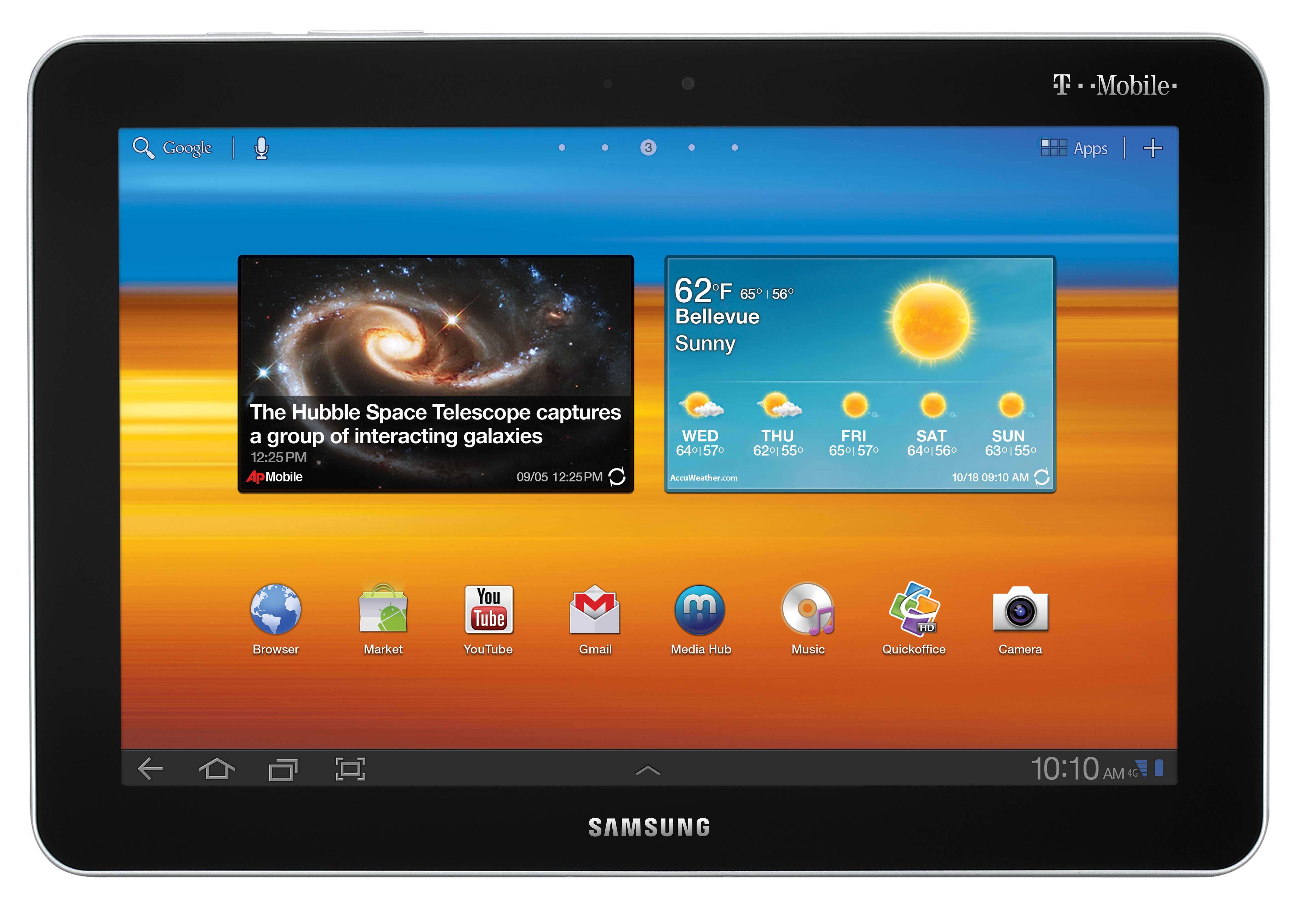 It looks like the leaked T-Mobile roadmap from last week is progressing right on track. The Samsung Galaxy Tab 10.1 and the “T-Mobile Springboard”, which is almost certainly the Huawei “Tallsome” tablet we espied a while back, are both coming to the carrier before the holidays. T-Mobile wasn’t forthcoming with an exact release date or price on either, but we’ve got a pretty good idea.

First, the familiar Galaxy Tab 10.1. If you’ve kept up with Samsung’s current-generation tablet line, you know the drill: an ultra-thin, ultra-light Honeycomb tablet that takes all comes and then some. Not much has changed in this version, save the addition of T-Mobile’s “4G” radio bands. You still get the familiar 1GHz Tegra 2 processor, a full gigabyte of RAM, and a 1280x 800 LCD screen. T-Mobile declined to mention how much storage it’ll have, which probably means the default 16GB. According to the leaked roadmap (which is, of course, subject to change) the Galaxy Tab 10.1 will make its grand entrance on October 26th for $399.

The Springboard is the latest of T-Mobile’s subsidized devices from a lesser-known OEM to forgo manufacturer branding. Its 7-inch screen is describes as “HD” from the carrier, which hopefully means 1280 x 720. T-Mobile is emphasizing the tablet’s affordability, which lines up with the leaked $199 price tag. It will have an impressive (for a tablet) 5 megapixel camera with 720p video recording along with an unspecified 1.2GHz dual-core processor, GPS, 4G and Honeycomb 3.2. The Springboard should be available at retail on November 2nd. $199 for a 4G Honeycomb tablet is hard to argue with, if you’re in the mood for a 7-inch screen and a new 2-year contract.