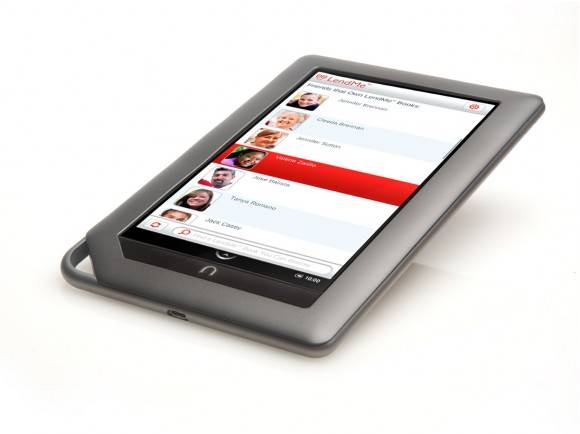 Just like the leaked internal deck predicted, the venerable Nook Color is getting a price drop now that the Nook Tablet is official. The original will cost just $199, going head-to-head with the Amazon Kindle Fire while the Nook Tablet competes with some superior specs at $249. The price has already dropped on Barnes & Noble’s NOOK website.

Also included is a major update to the Nook Color software, which is still getting some impressive support a year after its initial release. Netflix support is coming in the next firmware update, with Hulu Plus support scheduled in the next few months – both of which the Kindle Fire lacks, relying instead on Amazon Instant Video.  The ebook and app libraries already on offer will be streamlined with new interfaces and social suggestions.

At this point, the two bookselling giants have products that directly compete at the $200 level, while Amazon dips below $100 with the ad-based Kindle and Barnes & Noble taking the high road with the Nook Tablet. All the models of the Nook, including the Nook SimpleTouch at a reduced $99, run modified versions of Android, making them prime targets for enthusiastic modders and ROM developers. At $199 for a light tablet with an IPS screen, the Nook Color is still a pretty good deal – unless you’re already set on Amazon’s universe of content and apps.