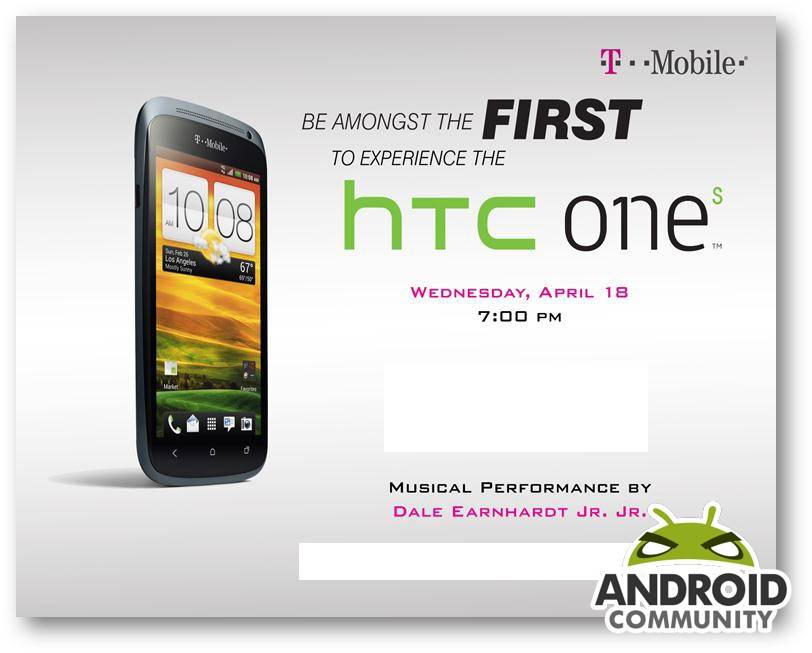 T-Mobile customers have been waiting for months to get their hands on the HTC One S, and while the carrier has yet to officially set a date for the svelte Android 4.0 smartphone, it looks like it’s getting pretty close. After rumors of a late April launch, T-Mobile has sent out press invitations to a launch party on April 18th, precisely one week from today. That would certainly seem to imply that they’re ready to start up a marketing campaign, if nothing else. There’s no verification on the actual launch date, but sometime the following week seems likely.

The last we heard, T-Mobile’s internal systems pegged the phone for release on April 25th, the Wednesday following the launch event. With press info sent out, it seems to be a done deal, so start saving your pennies. There’s been no official word on a price either, but given their current lineup, I’d bet on $249 with a two-year contract. T-Mobile’s still using HSPA+ technology for its network, so the the American version of the phone should be almost identical to its European counterpart, which we reviewed last week.

And by the way T-Mobile users, if you’ve been waiting for a next-generation phone with a subsidy, this is it. Never mind the slim aluminum chassis or the 8 megapixel camera. Never mind the Snapdragon S4 processor, which (at least in some tests) beats the Tegra 3 quad-core with a stick. Never mind the 4.3-inch display. No, the real draw is Ice Cream Sandwich, and the One S will be HTC’s first US phone to get the updated software at launch, along with Sense 4.0. It’s about time.

Also, attendees of the launch party will be serenaded by “Dale Earnhardt Jr. Jr.“, which is apparently a pop band and not the unborn progeny of a NASCAR driver. You live and learn.