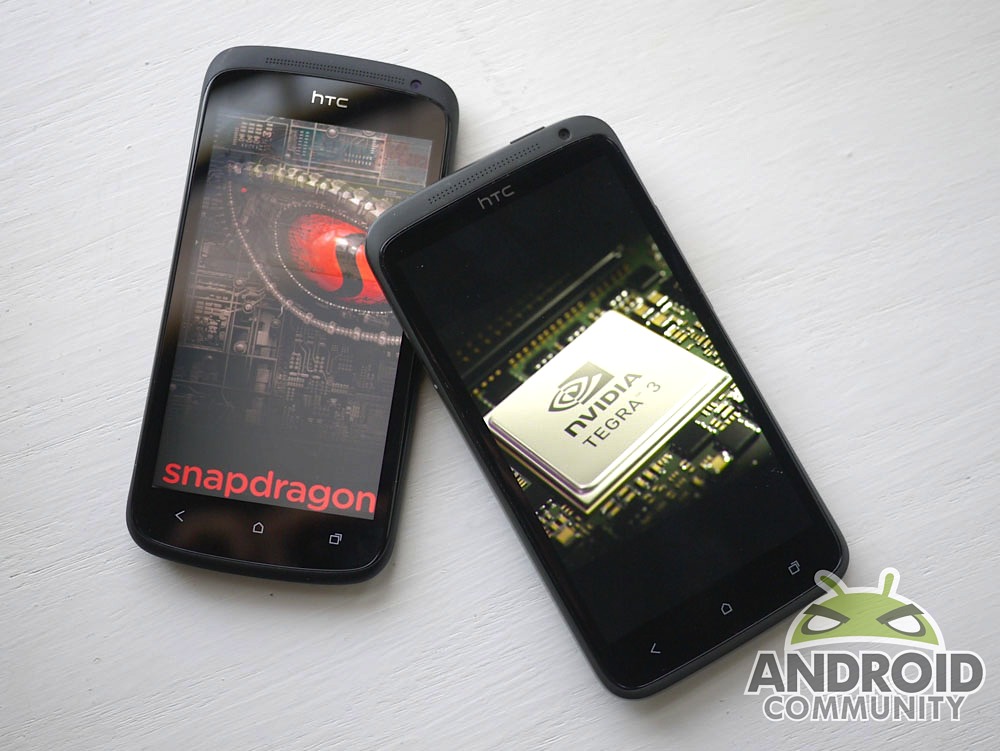 HTC has just unleashed their new One series of smartphones across Europe and will be coming soon to the US. In case you didn’t notice there was a flurry of reviews of both the HTC One X and the One S that hit the web earlier this week. You can see our awesome and detailed reviews from the links below but today I wanted to focus on benchmarks. Read on below to see who takes the top spot and is king of the mobile hill.

What makes these special and different aside from the screen size is the processors under the hood. The HTC One X comes equipped with the NVIDIA Tegra 3 quad-core processor and a 4.7″ display. Then we have the One S being powered by Qualcomm’s brand new S4 “Krait” dual-core processor cranking along at 1.5 GHz. More doesn’t always equal better, and neither does speed. This is why the Qualcomm S4 is the same speed of the older S3, yet blows it away in all performance tests.

So what we’ll be doing is posting a few benchmarks showing both of these devices running the most popular tests. Showing where the Tegra 3 and all four cores just overpowers the dual-core, and then where the Qualcomm really shines. Obviously being different devices, on different carriers, one with LTE, one without, and of course screen sizes being different can all play a role. Instead of deeply breaking it all down we’ll just start with the most popular of them all — Quadrant. 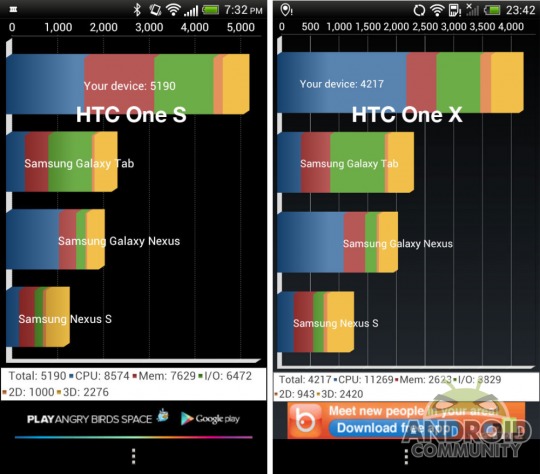 Now this shows a few different things here. For one HTC devices always seem to be a little lower than others, possibly because the slowdown caused from HTC Sense UI. Clearly that is no longer the case with these phones just blowing away anything we’ve ever seen from benchmarks — especially while running stock Android builds for the masses. Many consider Quadrant the best of the best when it comes to benchmarks for Android, and here you can clearly see the One S and it’s Qualcomm dual-core takes the top spot, and does so with ease.

Next up on the list is AnTuTu mainly because it has emerged as one of the other go-to benchmark suites as of late for its well-rounded testing capabilities. Without further talk, here are the results. 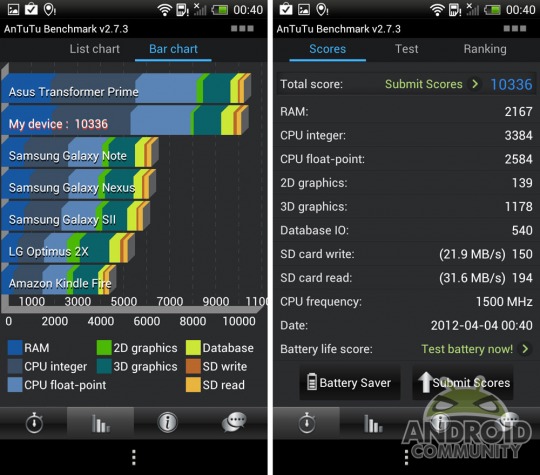 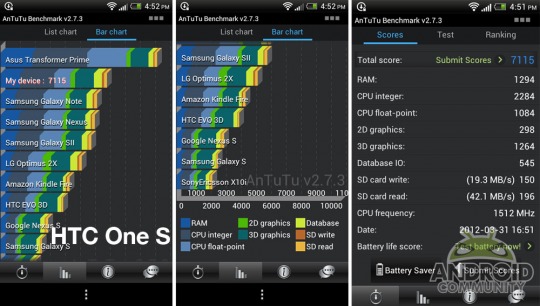 Here the quad-core Tegra 3 shows significant increases in performance, as this also deeply tests the GPU and CPU both. A large part of the Tegra 3’s strong showing is thanks to the vSMP technology in the quad-core. Tegra 3’s floating point operation really shows up here. Using any of the available cores to complete a task.

While those are the few most important and most frequently used benchmarks for Android we also have some Linpack, Smartbench, and CFbench to round out the tests for those interested in seeing more. Linpack has been around for longer than most so we decided to run a few tests on each setting for you to see those results too. Linpack clearly favors the Qualcomm dual-core in this case, see for yourself below. 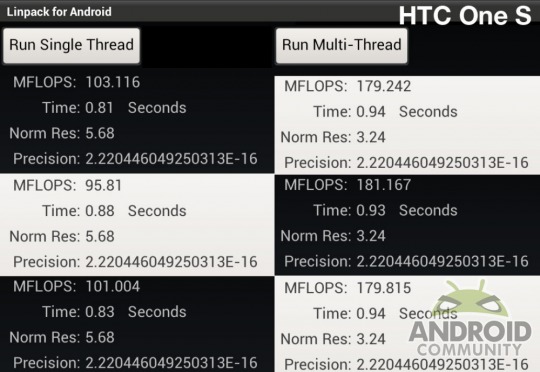 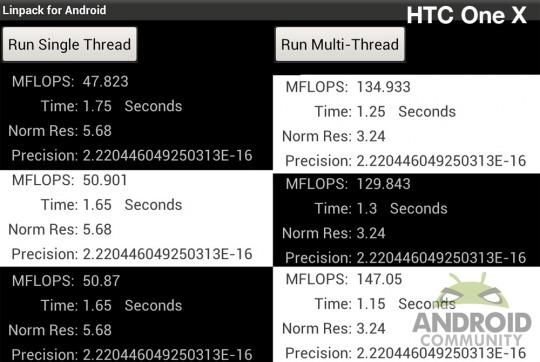 We have even more results from the other tests mentioned above below in the full gallery. Be sure to click through the gallery to see the full and complete battle, plus the photos are full sized so you can get all the details you’d like.

So what does all this mean? Well to the average user nothing really. Technology is going at such a quick pace that our phones are getting extremely powerful, beyond our means. Enthusiasts always want the best, and that will never change but the average customer wants one thing — and that is a good experience. While benchmarks can only tell part of the story the rest is with real-world use. In this case both of these phones run nearly identical software. Being powered by Android 4.0.3 Ice Cream Sandwich and HTC Sense UI 4.0 and they run amazingly well, fast, and stable. Our in depth reviews below will attest to that.

When the AT&T 4G LTE equipped HTC One X hits the street later this month then we’ll truly have a real test on our hands. Being able to go head-to-head with the exact same device. One running NVIDIA’s quad-core Tegra 3, and the other running Qualcomm’s dual-core S4 Krait processor. Until then stay tuned for more hands-on from these phones, and some gaming using the Tegra 3 on that One X.