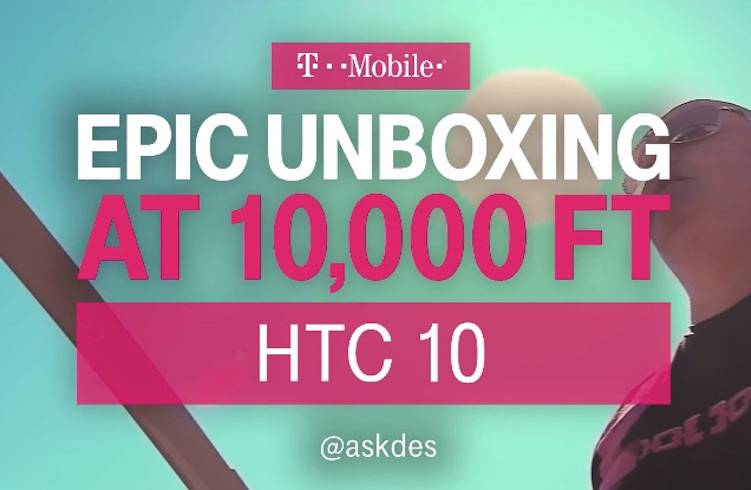 Aside from durability and stress tests, unboxing videos are anticipated by most geeks who want to see how one device is better than the previous models. Unboxing used to boring but T-Mobile has set a new standard by making it fun and errr…a bit crazy. It all started when T-Mobile Expert Des unboxed the latest Samsung Galaxy S7 underwater. It was a unique way to know if the phone is really water-resistant.

The video was soon followed up by the world’s fastest unboxing video starring Des Smith again in high-speed riding a rally car in a DirtFish Rally School track in North Bend, Washington. We found the video cool but a bit dizzying. It’s something you can’t easily copy unless you know a pro race driver.  (But why would you do it anyway?)

It didn’t take long for Verizon to follow by publishing a video of puppies unboxing the LG G5 and LG Friends. It’s also crazy but not in the same level as T-Mobile. Verizon’s video was actually cute. Those puppies stole the hearts of netizens who have nothing else to do but watch videos of adorable dogs and cats. 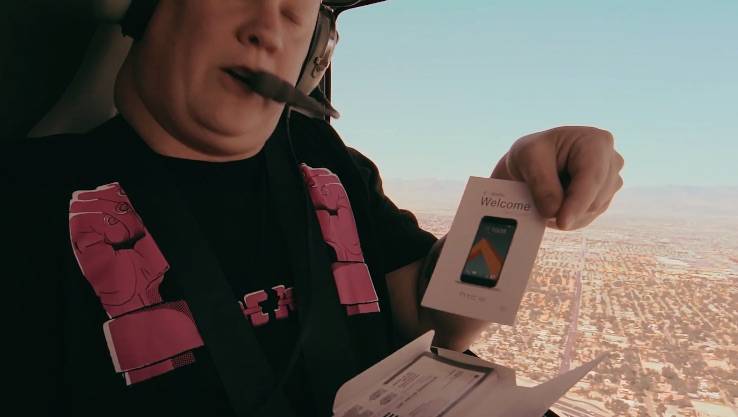 Today, T-Mobile takes unboxing to heights by hopping on a chopper from Maverick Helicopters. Des was in Las Vegas and he wanted to take shots of the city from a higher view. Nothing special really. He just opened the box in a normal way.

So what’s inside? The HTC 10 phone, SIM card, a Welcome and Quick Start Guide, and the Merchandise Return Form. Underneath those papers are the Qualcomm Quickcharge 3.0 Charger.

The phone features an all-metal design, microSD card slot on one side side, 3.5mm jack on the top edge, new 12MP UltraPixel rear camera with OIS and f/1,8, 5MP f/1.8 OIS, fingerprint scanner on the front power button, and USB Type C on the bottom.

The 5.2-inch Quad HD screen is gorgeous according to Des. Phone also boasts of the HTC BoomSound with Dolby Audio, 4GB RAM, and 32GB storage. The new HTC 10 is also expandable with a 2TB SDXC card. 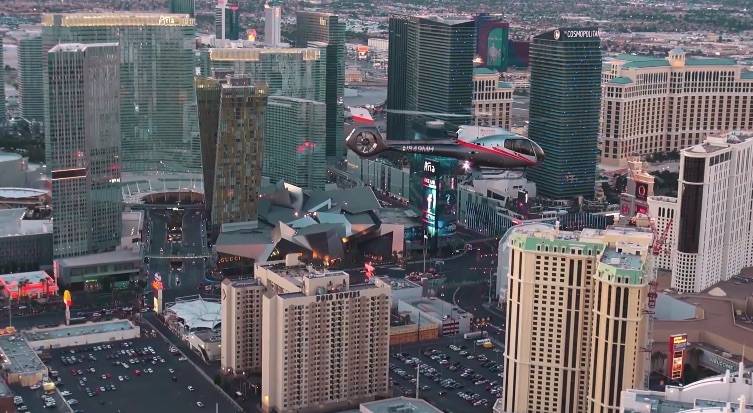 Des said the winning feature of the phone is the camera that can also capture video in 4K with 24-bit high-res audio. He then tested the phone by recording a video of the city before heading to the desert.

He took a selfie, of course! And then he was left all alone in the desert.

What happens in Vegas stays in Vegas. We think Des is definitely staying in Vegas. I wonder what he’ll think of next.