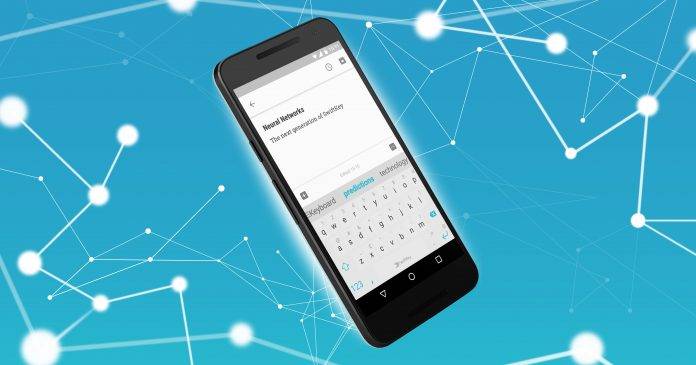 Around the same time last year, SwiftKey introduced a new neural network keyboard. The SwiftKey Neural Alpha is a first in the world where AI is still in its early stages. Since then, we’ve heard of similar developments that involve neural networks, deeper learning, and more accurate voice recognition. Neural networks are also currently being used by Facebook to allow the visually impaired to “see” photos through artificial intelligence.

SwiftKey is one of the most popular virtual keyboard apps today. The keyboard software SwiftKey Neural Alpha particularly has paved the way for similar technologies to be used. As for the original keyboard app, it’s getting an update with a new engine that’s powered by neural networks.

Typing on virtual keyboard can still be improved that’s why updates are regularly being released for SwiftKey. Neural network technology is being integrated more into the mobile users’ devices. This way, smartphones have something that can easily mimic the human brain, making correction and prediction more intuitive and more accurate. With such neural networks, predictions become more “human” than ever.

This new technology clearly has potential. The keyboard app has a long way to go but the artificial neural network is expected to correct and predict language with more accuracy. This update is one of the biggest for the app yet, taking advantage of an artificial intelligence subfield. First used in the SwiftKey Neural Alpha, the technology aims to understand the user more.

According to Ben Leavettm, SwiftKey Product Manager, “SwiftKey now offers the most accurate predictions and autocorrection to date thanks to an improved grasp of context and the ability to better understand the similarity between interchangeable words.”

SwiftKey Keyboard also tries to understand your language and personal writing style. It becomes more intelligent so suggestions and autocorrections are more accurate even if set in different languages. There’s so much more to this update. Download SwiftKey Keyboard for Android from the Google Play Store and see for yourself how it’s more convenient, smarter, and faster to use.