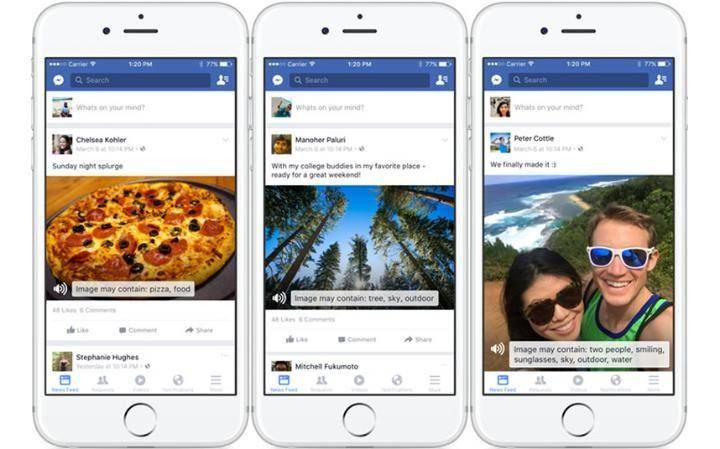 For those of us who have almost perfect vision, we sometimes take for granted the fact that we can scroll endlessly through Facebook, sometimes without even reading most of the posts but just glancing at the text and the photos. But the social network also wants to be able to cater to those who are blind or visually impaired and so they are now introducing automatic alternative text so that they will be able to have an idea what pictures their friends are posting.

Those who are visually impaired are able to experience Facebook through screen readers, which automatically reads all the text that are found on the screen. But when it came to photos, it would just read out who posted it and that it is a photo. Now, through the powers of automatic alternative text, it will now say out loud a list of items that can be found in the photo. For example, it will say “image may contain trees, the sky, two people running”.

Of course it isn’t magic but rather Facebook’s object recognition technology, a neural network with billions of parameters and millions of examples as basis for recognizing items in photos. It is even able to also read out how many comments and shares there were for the photo. However, there are still limitations to the tech as it just recites the items it can locate in the image, and it’s up to the listener to put together the picture in their mind.

For now, the tech is only available in English and for iOS devices only. They are working on adding more languages and coming to Android soon, although there is no timetable on that yet, except for the word soon.