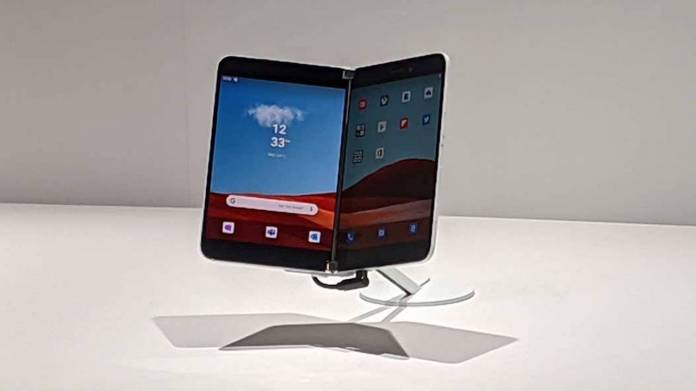 It’s already January 2022 and there is still no sign of the Android 11. Many OEMs have begun rolling out Android 12 for smartphones and tablets but Android 11 for the original Surface Duo remains elusive. It was supposed to be ready by summer of last year but it’s been delayed. The update is still highly anticipated especially this year when Android 13 is about to be introduced. Microsoft also has the Surface Duo 2 with Android 11 and even that one has yet to see an upgrade to Android 12.

So maybe there is no point in asking when the OG Surface Duo phone-tablet will get Android 12. It needs to receive Android 11 first.

The Microsoft Surface Duo hasn’t even gotten any bug fixes. There’s nothing at all since July 2021 as per our source. The last one we remember was the Microsoft Launcher possibly coming to Surface Duo via system updates.

We don’t know how many people who own a Surface Duo but we are certain those few who do are now disappointed. No OS or software update for almost half a year know is unacceptable. We’re wondering if this will be the case for the Microsoft Surface Duo 2. It’s supposed to be more updated. We also haven’t learned about any bug fix or update for the new device.

The hybrid phone-tablet was released in September 2020 with only Android 10. That means it’s already more than a year since there is no major update from the software giant. We’re not really sure what’s going on here since Microsoft is already able to use Android 11 on the next-gen Surface Duo 2.

We learned though Android 11 for the Surface Duo is almost over. That employees have already tried it. They just couldn’t release the update because many people were still enjoying the holidays. Google and AT&T are believed to have certified the Android 11 update already. It may only be a matter of before Microsoft makes an official announcement.

After this Android 11, we’ll only need to wait for Android 12L. Microsoft is said to be skipping Android 12. The newer version of Android will be for both Surface Duo and Surface Duo 2 so let’s wait and see.