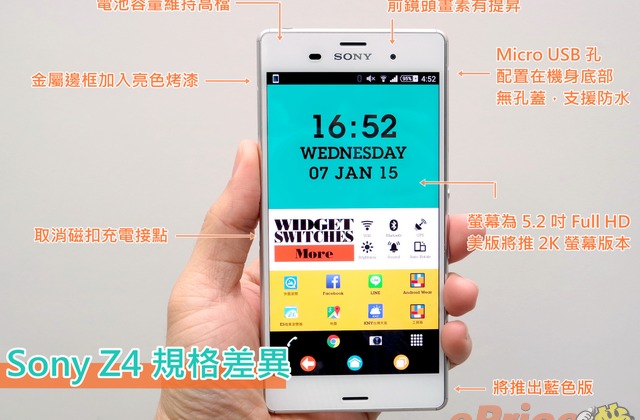 Nothing is certain yet but there is a rumor going around that Sony isn’t going to show off a new flagship smartphone at the upcoming Mobile World Congress in Barcelona this March. We once heard that the company is planning a “summer” launch this year of what could be the next-gen Xperia phone. This means two things for fans of Xperia: you can wait for the release of a new phone or you still have more time to get that Xperia Z3. No new flagship at the MWC 2015 would mean more time for Sony to work on new devices and for fans to anticipate these stuff from the company.

We once heard about a possible May/ November release not just of the Xperia Z4 but also the Sony Xperia H1 and H2 models that are currently under development. The information came from a leaked email that said the new flagship phones would be released any time between the months of May and November. However, the leaked info only mentioned the H1 and H2 but nothing about the Xperia Z4.

A recent FCC filing from Sony could be for a mid-range phone instead of a flagship phone if we are to believe that there would be no sign of any Sony flagship at this year’s MWC. Sony seems to be more careful and more secretive this year that it could just be strategy. You know how photos and specs can be leaked especially weeks leading to a big tech event like the Mobile World Congress. Sony could just be taking extra caution concealing their products. , Remember that the CES 2015 launch of the Xperia Z4 rumor we heard didn’t happen.

Not a lot of geeks are convinced though that Sony won’t be announcing the flagship given that other big brands like HTC and Samsung will be revealing the new M9 and Galaxy S6. Sony could lose a significant market share if there’s no new flagship in sight this March. If there’s no flagship, at least, Sony should launch new phones even those entry and mid-level ones or models in different variants like the purple Sony Xperia Z3. Let’s just wait and see.