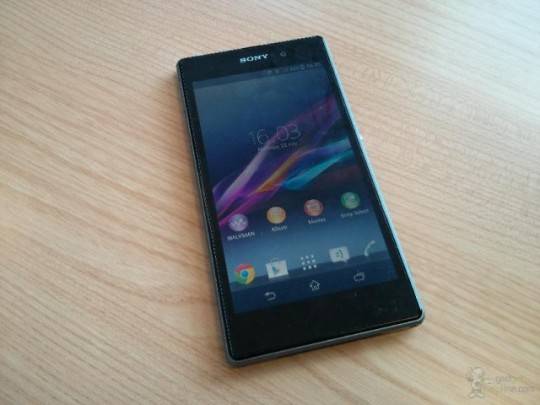 The recent Sony Honami leaks seem to have been mostly image related, but as of today we are getting a look at some specs. The details are coming by way of a GFXbench report which is showing details of the processor, graphics and version of Android. The handset is listed as model number C6903 and shown to be running Android 4.2.2 Jelly Bean.

The report shows the handset as having a MSM8974, which is better known as the Qualcomm Snapdragon 800. The other details include the handset having Adreno 330 graphics and a 1080p display. Finer points from the report include a max CPU speed of 1958Mhz, though we know the Snapdragon 800 is capable of more. Not to mention, earlier leaks have pegged that at being 2.2GHz.

There is also mention of the display size being 1794 x 1080, but that will likely translate to 1920 x 1080. While this filing was showing the handset as running Android 4.2.2, it seems likely that Sony will have it running Android 4.3 by way of a future software update.

Other recent Honami leaks included the FCC filing, which suggested that an announcement would be happening in September. Earlier leaks have also suggested a similar timeline for an announcement. Some of the other still rumored specs point towards a handset with 2GB of RAM, 16GB of internal storage and a 3000 mAh battery.

The Homani related leaks have been plentiful and out of those, much of the focus seems to be on the camera. The handset is expected to arrive with a 20 megapixel rear-facing camera. That camera is expected to have a 1/1.6 sensor and Xenon flash. There is also expected to be some software related goodies. A recent leak detailed some camera modes that included one that was able to “broadcast live video to Facebook” and one that offered augmented reality views.