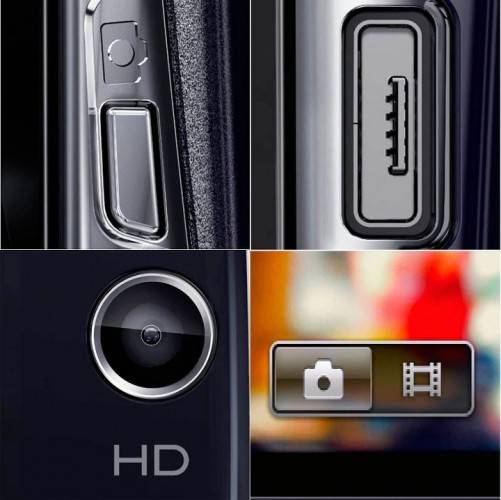 CES doesn’t start for almost a week, but you wouldn’t know that from a casual glance at the tech news today. Not content with whetting our appetites with real-life hardware at the show, Sony Ericsson released the teaser image below just to get our nerdy hands twitching. You can bet your bonnet we’ll be seeing whatever this thing is in Las Vegas.

So, what is it? There are a few tantilizing possibilities, though the ultra closeup leaves us with few conclusions. My money’s on the recently leaked Nozomi, also known as the Xperia Arc HD. But then again, the teaser images don’t quite match up with the spy shots we’ve been seeing. Either the design has undergone some changes in the months prior to release, this is an entirely new phone… or Sony”s just combining bits from previous handsets like the Arc S to mess with us. We would not put it past them.

The teaser images follows the frustratingly vague announcement just yesterday, and presumably we’ll be getting more tidbits until the device is actually unveiled at CES. As interesting as all of this is, Sony, we’d really rather just wait for a proper press release – getting sneak peeks at nothing is about as enticing as a supermodel wearing a barrel. We’ll be on the lookout for new Xperia models when we get to Las Vegas next week.