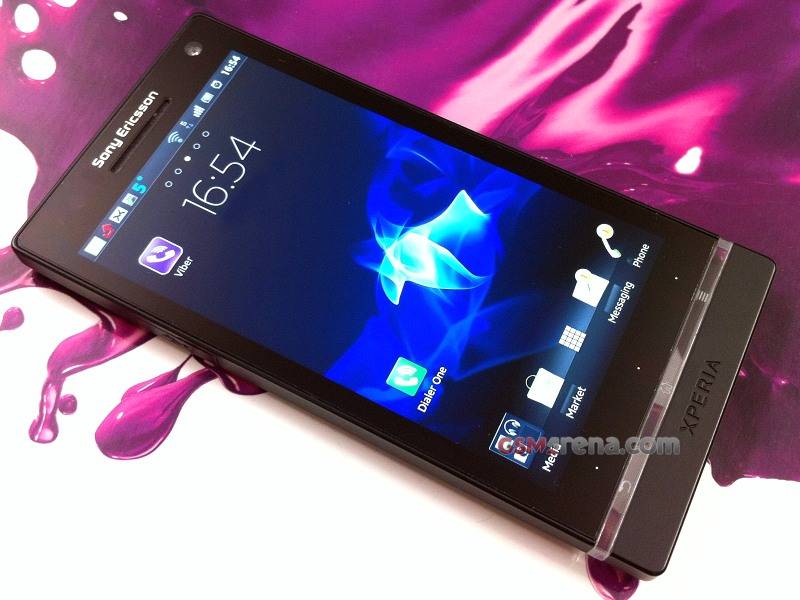 Say what you will about Sony Ericsson’s current lineup of Android phones, but the Nozomi (AKA the Arc HD) is a looker no matter how you break it down. A tipster delivered a new set of leaked photos to GSMArena, showing off the high-end handset’s sharp corners and chrome accents. This is the first we’ve seen of the phone’s back, and while it’s a little thicker than we’d like, there’s just no denying the appeal of the slate.

Notably the Nozomi may be Sony’s first device to launch with Android 4.0 Ice Cream Sandwich, as seen in this press shot. Then again, that may just be Sony’s latest customized version of Gingerbread, since today’s leaked shots feature a launcher that certainly isn’t ICS-native. On the inside you get a 1.5Ghz dual-core Snapdragon processor, and on the outside you get a delicious 1280 x 720 screen, though you’ll have to make due with whatever on-board storage Sony sees fit to include. There’s no MicroSD card slot to be found.

Even if the Nozomi doesn’t launch with Ice Cream Sandwich, it’ll likely get it soon enough. Sony has committed to an ICS upgrade to all current XPERIA phones, to the delight of owners stuck in two-year contracts. Though there’s no mention of a release date, the phone is coming sooner rather than later, since it features the soon-to-be-scrapped Sony Ericsson branding. We’ll probably be seeing this one at CES or Mobile World Congress early next year, so stay tuned.