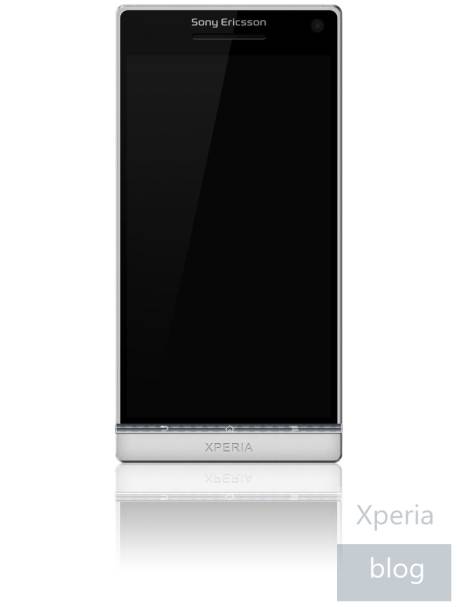 The Sony Nozomi (LT26i) has leaked more than a few times but we’ve continued to call it the Xperia Arc HD. The Nozomi was first reported back in August and last week we received some confirmation this will be a 1280 x 720p rocking Android 4.0 Ice Cream Sandwich flagship phone from SONY. Today an official press image render has been leaked by Xperia Blog — only adding to our interest.

Part of my concern here in this leaked image above if you look extremely close at the bezel below the screen it appears to have 3 dedicated Android buttons — possibly hardware and maybe capacitive. This doesn’t mean it wont run Ice Cream Sandwich out of the box but if we have a 1280 x 720p HD display and ICS why give us dedicated buttons that will only make the device larger than it needs to be. Obviously we can’t expect all hardware manufacturers that have tons of devices in the works all rocking buttons to halt the devices, but it still makes me wonder.

With SONY buying out the half Ericsson owned we should be seeing this launch most likely as the SONY Xperia Arc HD or something of that sort. The leak last week showing it running Android 4.0 ICS was cut off but it could also be called the Cloud — original I know.

We still have a bit of mystery around this device even though it was caught on camera a few weeks back. Either way I’m excited to see what Sony has in store for Android 4.0 Ice Cream Sandwich, and moving forward now they own the entire SONY mobile division and are going all in with Android. I hope they don’t disappoint and this looks like a great starting point.