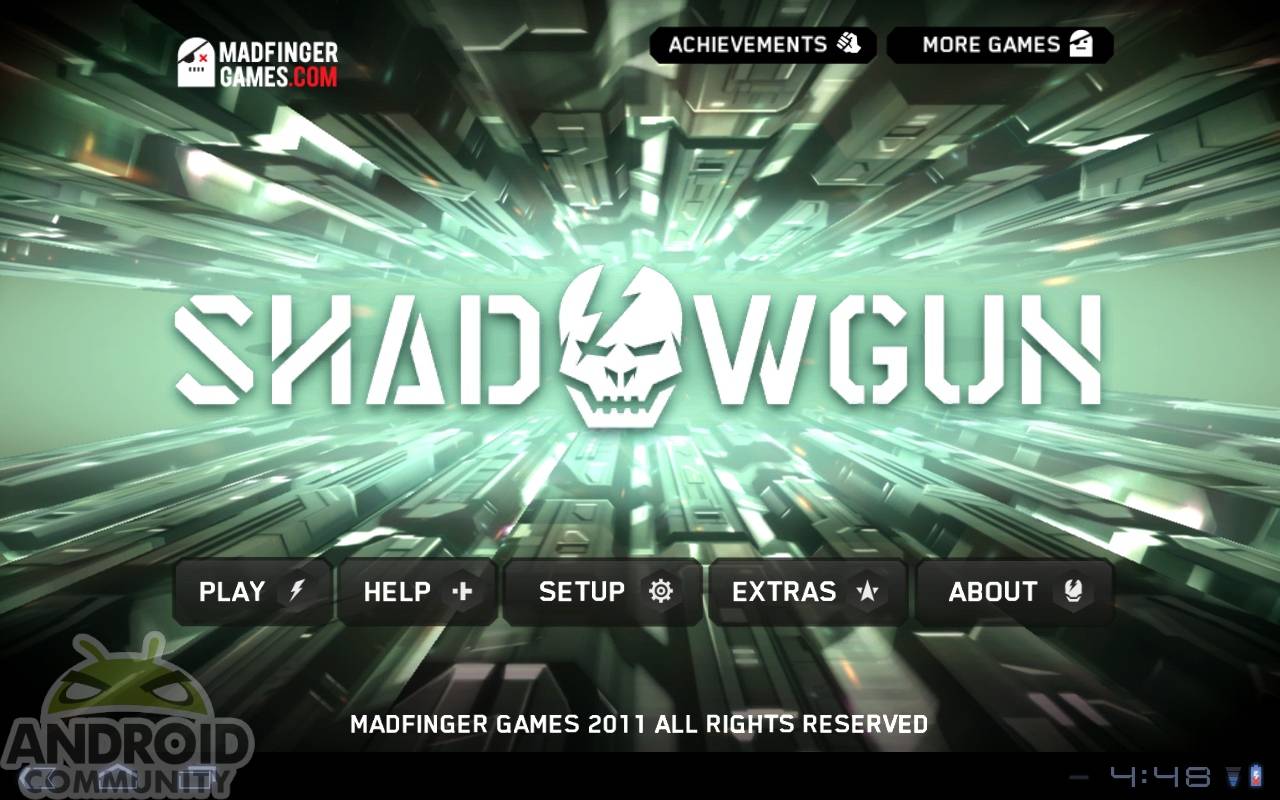 Today I have one epic game for review here at Android Community and that is SHADOWGUN by the popular developer MadFinger Games. You’ve probably seen a few videos in the recent past about this stellar new game coming to Android Tegra 2 tablets but if you haven’t we have all the details. This game is absolutely stunning both visually, and with game-play. We have plenty of in-game screenshots and a live demo video below so be sure and check it all out after the break.

What we have here is a TPS (Third Person Shooter) that is not only inspired by Gears of War, but it’s also about as close as you’re going to come to playing GOW on a mobile device. Created by MadFinger games and optimized for NVIDIA Tegra 2 tablets we have one of, if not the most amazing game we’ve seen on Android to date. NVIDIA showed the game off back in May, and we saw some hands-on time at E3. Today I have something better, a full out hands-on video and TONS of in-game photos for everyone to drool over while we wait for it to land in the Android Market and the NVIDIA Tegra Zone. 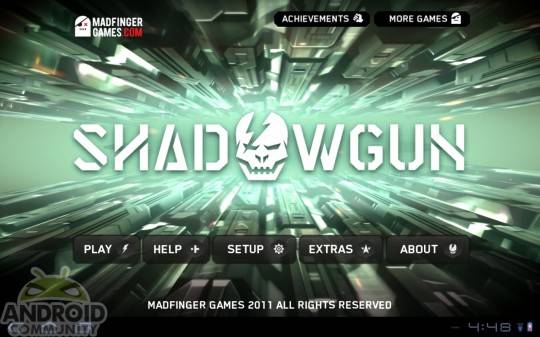 First off I’ll start with my quick hands-on demo video to give everyone a real-life first hand view of how the game looks and plays on my Galaxy Tab 10.1 tablet. Then I’ll break it down a bit more and show you all the amazing screenshots that reveal the unrivaled detail, physics and gameplay that Shadowgun has to offer.

After reading that feature list what else do you need to know? This game sounds amazing and trust me, it is just that — amazing! I’ve played plenty of mobile games on both iOS and Android but the level of detail, textures, and overall rendered environment in Shadowgun make it the best I’ve seen yet, all thanks to the power of the NVIDIA Tegra 2 processor. While available for iOS devices, the crisp 1280 x 800 resolution on Honeycomb tablets makes the experience and level of details just that much better for Android.

Plenty of games have good graphics — but for the entire open environment to not only look stunning but to also have lighting effects, visual physics with flags flopping in the wind, and detail throughout and not just whats in front of your face is part of what makes this game stand out to me. Check out this screenshot below for an example of not only surrounding detail, but off in the distance too. 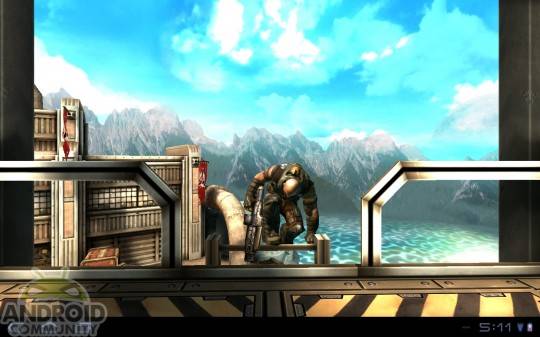 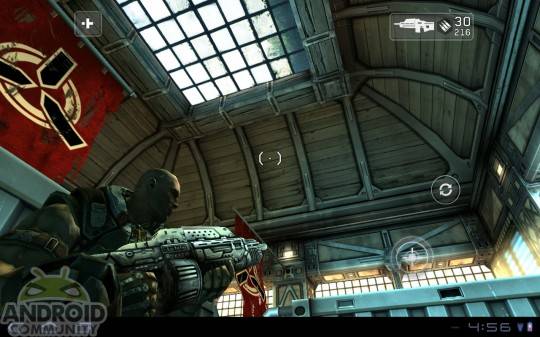 The year is 2350 and you play John Slade, a brute with a gun hired to bring back a mad scientist. There’s a long back-story about how corporations rule the world and you are in the middle of it right at the start with great in game video sequences that paints a pretty clear picture as to your mission. That aside, it’s you and your wide array of weapons ducking for cover while fending off hoards of enemies with some pretty great AI. Obviously this game isn’t Crysis, but the AI and enemies are smart and just as it says above, will flank if the opportunity presents itself and always seems to give you more than one target to worry about at a time. While the AI does get a little repetitive at times, they have enough variation and movement to keep you active, alert, and ready to fire.

Like outlined above, the game features 10 amazing and stunning levels with up to 6 hours of immersive game-play. With huge boss enemies to finish off levels and more you’ll be playing this for hours on end, then switch it to hard and test your mad finger skills while aiming at even more enemies than before. Check out this boss I took down after about 20 clips of ammo while dodging heat seeking missiles — yea it gets that intense. 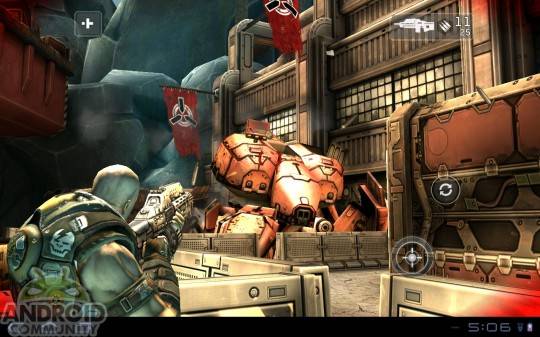 I don’t want to give everything away today, you’ll have to wait for the official NVIDIA Tegra 2 version that should be hitting the Android Market sometime soon here in October. It should also be available at TegraZone.com when the time comes. The game has been briefly available for iOS and I’ve read a few are having issues with crashes and freezing, but over here in dual-core Tegra 2 land we call Android this game is extremely smooth, fluid and easy to play. I’ve enjoyed playing well over 2 hours, finished about 3 levels, and I’ve not had a single crash or freeze yet. It’s been a wonderful experience and I can’t wait to see this hit the Android Market for everyone to enjoy.

I don’t want to spoil too much so I’ve only uploaded a few photos from the first level or so, you’ll have to battle your way through to see all 10. For a bonus here is the preview trailer for iOS, and we’ll have one for Android soon.

Again more details can be seen at Madfingergames.com and Tegrazone.com/shadowgun, as well as all my hands-on screenshots in the full size gallery below after the official trailer.