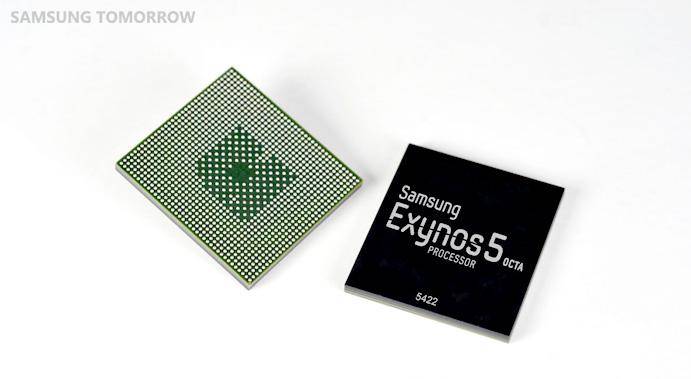 As the name indicates, the Exynos 5 Octa 5422 is an octa-core processor and it is built for power. The configuration has room for four low-power 1.5 Ghz Cortex-A7 cores. For performance, it makes use of four new Cortex-A15 running at 2.1 Ghz, making this chip theoretically one of the fastest octa-core in the market. It’s still a bit too early to see if this octa-core will run circles around Qualcomm’s fastest Snapdragon. The Octa 5422 does employ Heterogeneous Multi-Processing to make the most efficient use of the cores without draining too much power. It is capable of supporting WQHD and WQXGA resolutions as well as 4K UHD videos.

The Exynos 5 Hexa 5260, though less in number, is nothing to ignore. One of the few, if not only, hexa-core chip in the mobile market, the chip has a rather unusual configuration with two high-performance 1.7 GHz Cortex-A15 cores and four low-power 1.3 GHz Cortex-A7 cores. It does support 2560×1600 WQXGA resolutions and 1080p 60 fps playback and feature Heterogeneous Multi-Processing. As demonstrated in the videos here, HMP lets the system toggle on or off any combination of cores depending on the situation, keeping power draw to a minimum while maximizing efficiency. 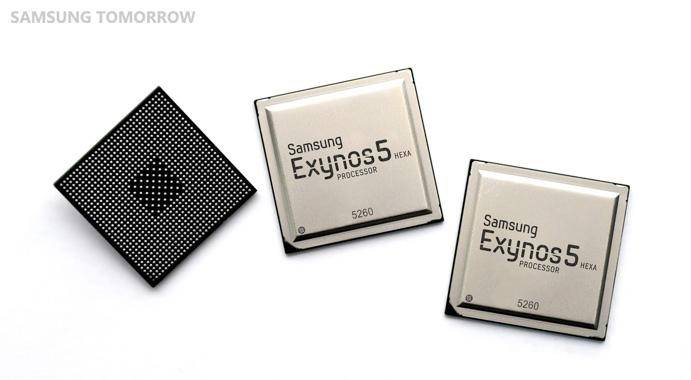 Yesterday, Samsung revealed that the Galaxy S5 will come in two variants, one of which sported a mysterious 2.1 GHz octa-core processor. That puzzle is now solved with the arrival of the Exynos 5 Octa 5422. The Exynos 5 Hexa 5260 has already been practically named in the equally strange Galaxy Note 3 Neo.