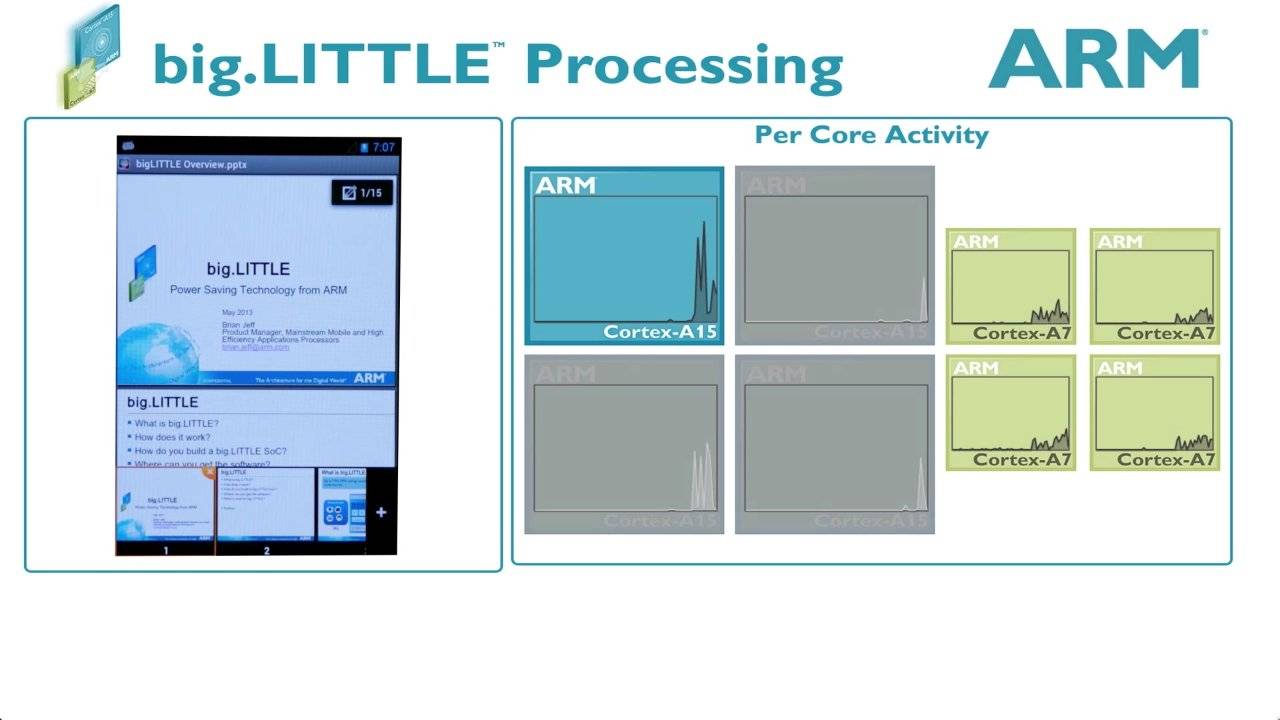 We’ve heard the pitch and now we’re seeing how well Samsung‘s new Exynos 5 Octa chip performs in reality now that it has gained Heterogeneous Multi-Processing (HMP) capabilities. Samsung’s latest eight-core chip is put to the test in this series of videos published by ARM, and the results are interesting indeed.

Samsung revealed yesterday the enhanced functionality of its latest Exynos 5 Octa 5420 processors brought about by the addition of true multi-processing. In a nutshell, this means that software can now make use of all or any number of the four Cortex-A7 and four Cortex-A15 cores found on the chip, depending on the need of the processes. Resource-hungry threads can get allocated to the big cores simultaneously as the little cores deal with other less intensive threads.

What looks good on paper is now being verified using a special tool developed by ARM precisely to test the chip. A number of appps are tested, including QuickOffice and Angry Birds Rio running at 1080p to demonstrate which and how many cores are utilized depending on the use case. Most of the time, the energy-efficient A7 cores are more than enough to handle the load, but at times, all 8 cores, or a mix of any number of the 8 are activated, something which was lacking in Samsung’s previous octa core implementations. Here’s a demo video with QuickOffice running.

As mentioned, Samsung has promised to deliver next quarter its HMP solution to its Exynos 5 Octa 5420 processors, the same chips used in the newly announced Samsung Galaxy Note III and Galaxy Note 10.1 2014 edition. Unfortunately, those Exynos-powered devices will be only available in selected markets, while 4G LTE markets, like the US, will be receiving Qualcomm Snapdragon 800 versions.

This video shows that even running Angry Birds Rio at 1080p only utilizes the little cores most of the time.

This last video makes use of a custom ARM app developed to showcase the Exynos 5’s ARM Mali graphics capabilities.