When Samsung unveiled the Galaxy S5, some where probably wondering why only a Qualcomm-based model was shown. Fans of the Samsung Exynos chip can now probably breathe a sigh of relief as Samsung itself has practically confirmed the existence of a model bearing an octa-core Exynos processor instead.

Given the announcement of a new huge, in both size and identity, smartphone, users are bound to ask what’s so different with the new one. Samsung, which has seemingly become addicted to infographics, has just posted a new one that summarizes the progression of its S flagship devices, from the Galaxy S to the Galaxy S5.

Among other things, like dimensions, screens sizes, and battery life, the chart lists down the different processors used in each generation. Under the Galaxy S5, we already know about the slightly faster 2.5 GHz quad-core Qualcomm processor driving the beast. But now, Samsung is also showing a 2.1 GHz octa-core variant. The image doesn’t really specific the chip maker, but given how things have gone in the past, this will most likely be a chip bearing the Exynos brand. 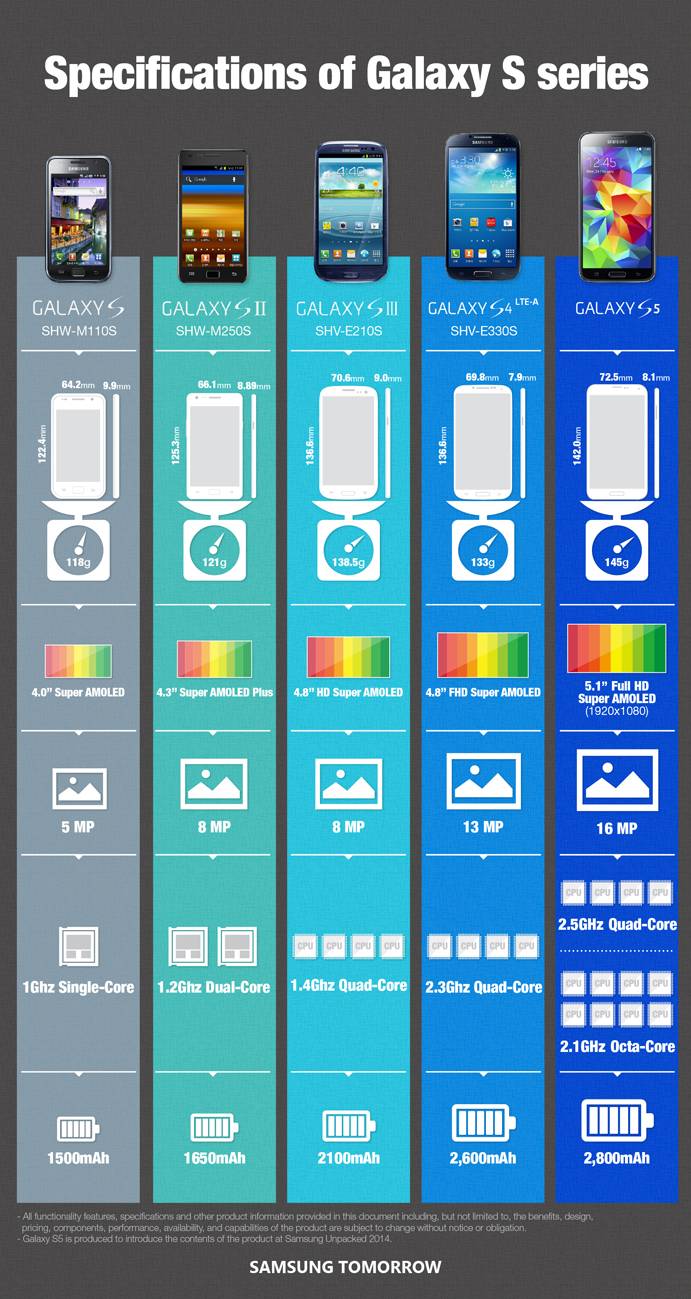 The performance difference between Samsung’s current octa-core Exynos 5 and Qualcomm’s quad-core Snapdragon hasn’t been that significant in the past, but Samsung has yet to show its cards. There is currently no octa-core yet bearing that configuration, though it’s possible that this might be the new Exynos chip teased last week. Hopefully we’ll get word of this unannounced Galaxy S5 variant and its mysterious processor before MWC 2014 is over.