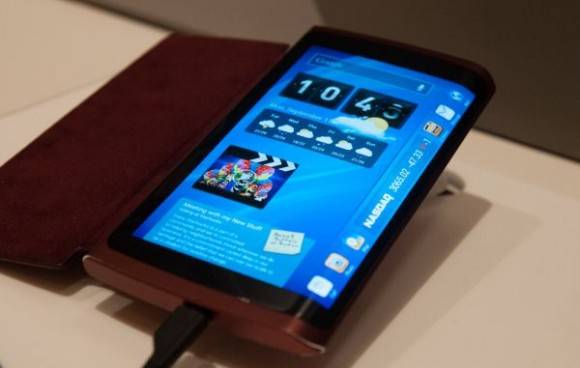 It seems that Samsung is trying to keep up the pace and ensure it’s spot as a top dog of the mobile device manufacturing industry by pushing forward innovative, if not intriguing, designs and technology. The manufacturer is now publicly admitting its plans to release a smartphone with a curved display next month.

Curved displays on a smartphone might raise some eyebrows but the significance is less on the display itself and more on what it ushers in: an age of flexible displays and devices. Gadgets that can be folded, rolled, or assume shapes other than a flat, rigid surface are the stuff that tech dreams are made of. Of course, curved displays are nothing new, being a known technology in the realm of TVs. But scaling those down to smartphone size will indeed be a manufacturing, not to mention financial, feat.

Samsung is trying to stay a step ahead in the race, teasing the public with its YOUM flexible AMOLED display technology last year and a prototype smartphone showcased last January. The displays were supposed to go to market last April but has been delayed, with reports pointing to a November launch instead. Now, Samsung’s head of strategic marketing for mobile business D.J. Lee has revealed that the company is planning to introduce a finished product in South Korea in October.

It’s still unknown at this point whether this smartphone will be the rumored Galaxy Note 3 variant, and it’s even less known whether Samsung plans to make it available outside of Korea. We can be sure that all eyes will be on Samsung next month, especially rival display and mobile device manufacturers who might be interested in jumping into a new design trend.