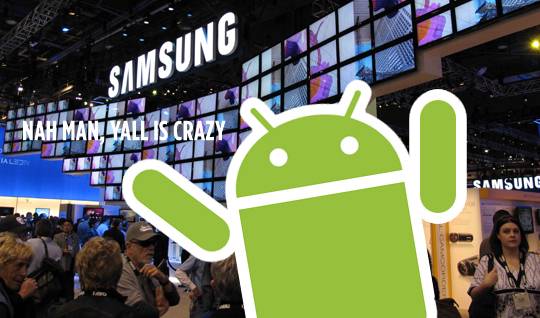 If you’ll take a look back at this post: Galaxy S No-Froyo Explained by Samsung Update Fees? you’ll know what the heck is going on here. In reply to that post, a post in which an unnamed fellow posting anonymously in hopes of not being identified let loose a torrent of possible facts about Samsung, including the idea that they’re charging carriers for pushing Android updates, Samsung says no way!

Our pals over at Phone Scoop have a scoop with a reply they’ve apparently received from Samsung that says no less than the following:

“No. Samsung is not charging carriers for Froyo updates to Galaxy S. We hope to have more detail on status shortly. Promise!”

Since the charging of moneys for pushed updates to Android devices to newer versions of the Android OS is against Google’s rules for the open source system, this update makes perfect sense to us. Take a peek at the [ongoing thread] in the forums to get your two cents in.