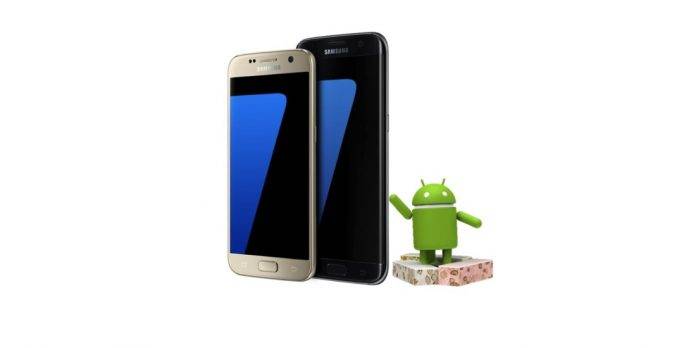 This is something we’ve been waiting for since the first time it was announced: Android Nougat is now ready for the Galaxy S7 and Galaxy S7 Edge. Some of you may have tried the update on your phones already but as part of the Galaxy Beta Program which ended last December 30. The new Android version has been made available for willing testers since November. When the program ended, we know it was only a matter of time before the official release.

No need to wait long because it’s here. The South Korean tech giant has rolled out the Android Nougat OS for the 2016 flagship phones. You should be receiving an OTA notification on your phone anytime soon. Make sure you have at least 215MB of free memory.

If you were on the beta version, you will receive the update earlier than the other users. It’s one advantage we expected and we’re just glad it’s ready. Samsung is one of those actively working on the Nougat program especially since the company needs to work harder after the Note 7 fiasco.

The Android 7.0 Nougat OS for the Samsung Galaxy S7/S7 Edge will be released this coming January 17. You should see all those changes on the manuals we featured last week. Note that this is Android 7.0 Nougat and not yet 7.1.1. It includes that newest January 1 security patch already.