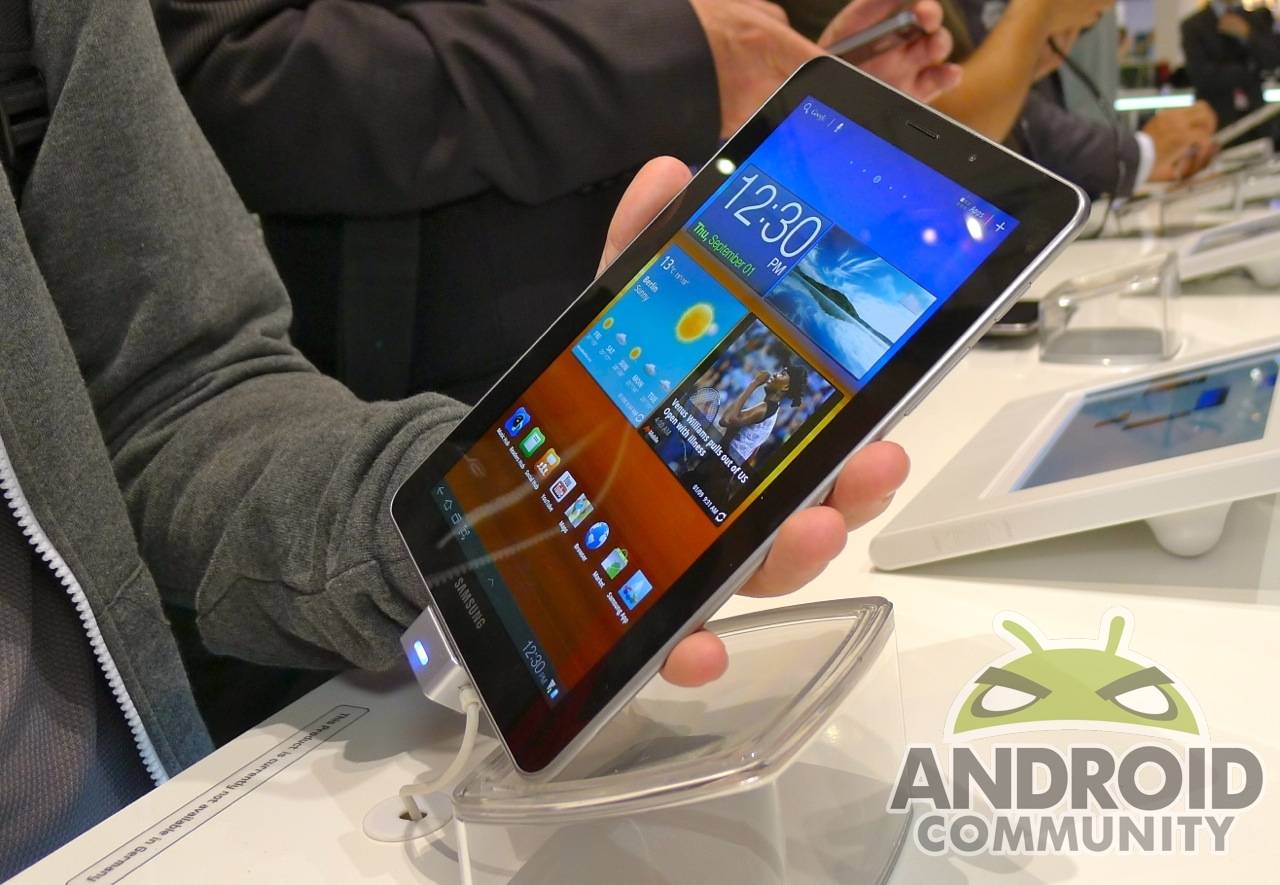 While the product page has details, specs, and pictures there isn’t really anything new that we didn’t already know. And, if you’d like to see some hands-on video we have that too. This 7.7″ 1280 x 800 Super AMOLED HD packing tablet sure will be a pretty device to look at. It’s powered by a dual-core 1.4 GHz processor and will double as a phone if you’d really throw something that large up against the side of your face.

Shortly after being shown off at IFA it quickly was pulled from all advertisement and display models were removed while the event was still ongoing. Many thought this was over the Apple vs Samsung lawsuits but we’ve never really got a clear reply regarding that. Either way the device has slowly started appearing again and was recently spotted at the FCC, and pre-orders are appearing online.

Hopefully Samsung will give us more information soon regarding this tablet, or we may just have to wait and see more of this beauty at CES 2012 coming up here shortly. Either way stay tuned and in the meantime enjoy this Galaxy Tab 7.7 vs Galaxy Note vs Galaxy S II video below — just for fun.