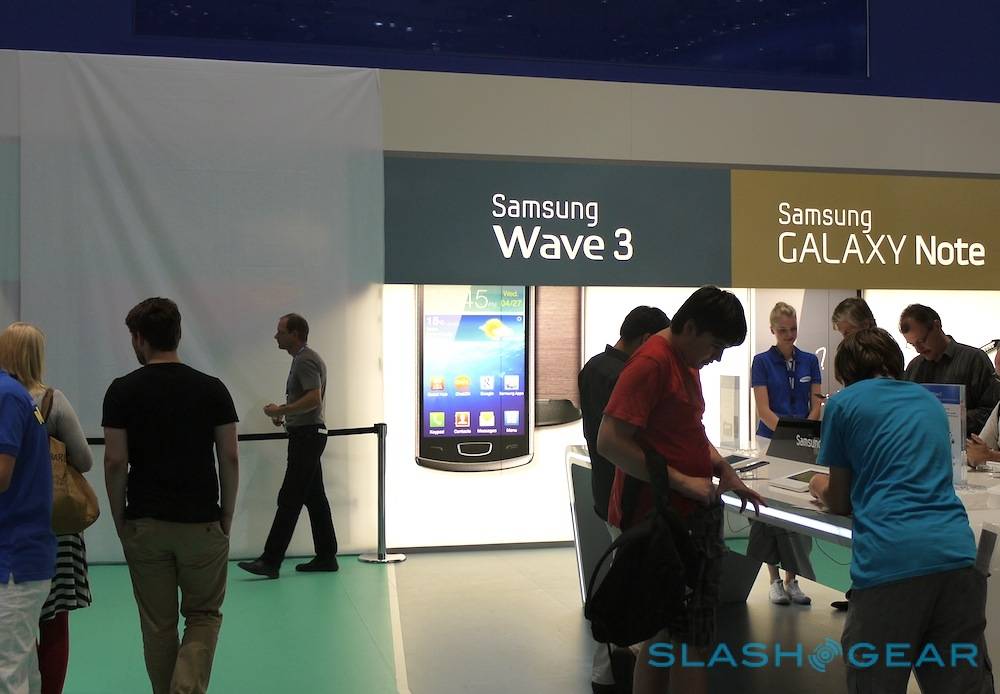 Samsung in a surprise move has removed the Samsung Galaxy Tab 7.7 and all traces from the showroom floor at IFA 2011. The device is no longer visible and they’ve covered everything regarding the Tab 7.7 in the building. Details are scant but this appears to be further fall-out from the ongoing and irritating legal battle between the company and Apple.

Our man Chris Davies from SlashGear is live at the event in Berlin, and after digging around for a few answers (and snapping some photos) he found a spokesman that had this to say,

Samsung has removed the Galaxy Tab 7.7 from our stand at IFA,” Samsung Europe spokesperson Brendon Gore told SlashGear. “We cannot make any further comment as we have not received an official statement from the court.”

The spokesman Gore also commented that the decision to remove the Galaxy Tab 7.7 from the showroom floor was made voluntarily, and not at the court’s request although the statement above sounded like Samsung has heard from the court, but has yet to receive an official statement. The Galaxy Tab 7.7 was announced just Thursday, and with plenty of excitement so a move like this so quick is a bit odd. 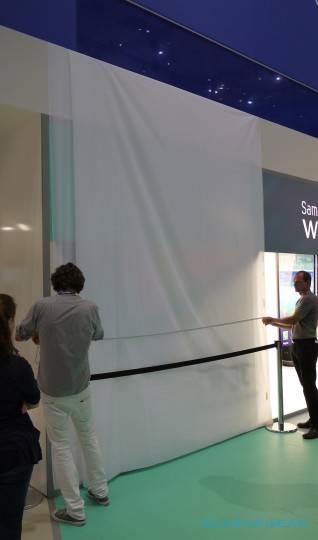 Back in August, Apple was successful in getting an injunction against the Galaxy Tab 10.1 in Europe, stopping all sales from continuing and most likely these two event are related. I don’t know about you guys, but the Galaxy Tab 7.7 looks nothing like the iPad in my opinion.

It sounds like Samsung and Apple’s lawyers are already hard at work this weekend but we’ve yet to hear any further details. As soon as we get an official statement or more information we will be sure to update everyone on this situation.