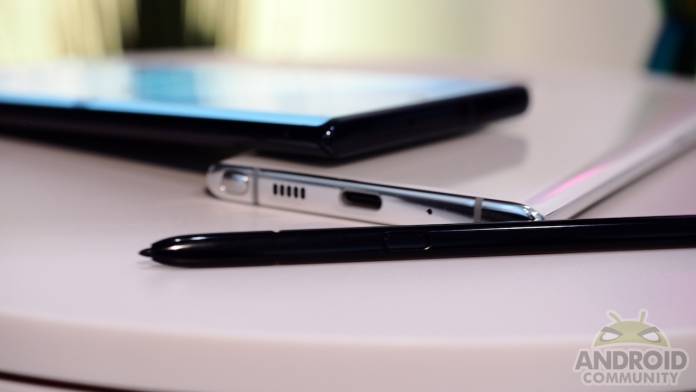 Samsung is doing an Apple by ditching the 3.5mm headphone jack. The move isn’t exactly new but we find it interesting that the South Korean tech giant was once making fun of the Cupertino family for doing it with the iPhone 7. Back then, Samsung was busy attacking Apple for its decision. It was an unpopular plan but soon enough, other OEMs also followed and tried the USB Type C port instead. Samsung and Apple were once the biggest rivals until Huawei took the second spot in the mobile market from Apple.

Samsung now has to worry more about Huawei because the Chinese firm is unstoppable even without the US market and especially now that it’s totally banned. The South Korean tech giant still needs to look after Apple though. It remains a major competitor because the two sells some of the most popular premium flagships.

Now things are turning upside down as Samsung has also decided to not use a 3.5mm headphone jack. The recently announced Galaxy Note 10 phones are without a headphone audio jack. It’s something major phone makers like Sony, HTC, Google, Huawei, and OnePlus have already done.

Samsung may have been hesitant to follow but it finally did. We’re not against Samsung’s move but it’s funny how it was once aggressive against Apple for doing so. There have been several ads that made fun of Apple and now that Samsung ditched the 3.5mm headphone jack, those videos and related posts have been deleted. So what really happened? Oh, just the usual. Another company swallowing its pride.

However, we don’t think Samsung will make an official explanation. We’ll simply watch out for its next moves that maybe already done by Apple and other companies.

Samsung has a long history of attacking Apple. We remember that time when a Samsung GALAXY S 4 ad showed off features and poked fun of the iPhone. There’s also that Samsung S5 ad that made fun of “wall-hugging” iPhone users. There were more but Samsung deleted such ads already. Does this mean it has learned its lesson about making fun of Apple?